The U.S. military uses more than 100 million barrels of oil each year, making it one of the biggest consumers of petroleum in the world. The military has also spent millions over the past decade or more transitioning some of its vehicles to electric power. These feel like important details to know before we get to the news that the GMC Hummer EV will soon be available as a playable vehicle in the Call of Duty: Modern Warfare II and Call of Duty: Warzone 2.0 video games.

More on the Hummer

GMC said this week that a digitized version of the Hummer EV will bring its estimated 1000 horsepower and 3.3-second zero-to-60-mph time to the Activision video games before the end of the year. The massive EV will be available in Modern Warfare II on October 28 and in Warzone 2.0 sometime later this fall.

Other real-world vehicles have appeared in Call of Duty games before. The Jeep Wrangler has made multiple appearances, for example, as has the original Humvee. Jeep even built small numbers of Call of Duty–branded vehicles around a decade ago, including a Black Ops Edition and a Modern Warfare 3 Edition. 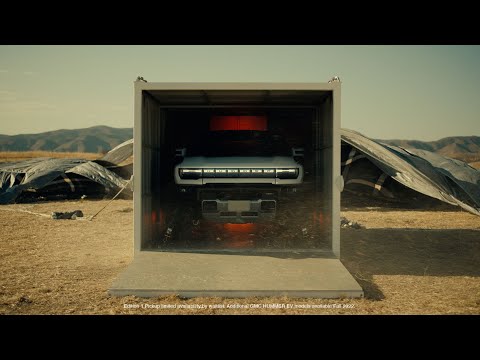 GM Defense president David Albritton told GM Authority in 2020 that the Hummer EV "could provide a great base platform for an electric vehicle to be used in the military context." GM has a long history of building vehicles for the U.S. military. Last year, GM Defense made a one-off concept vehicle based on its Infantry Squad Vehicle (ISV) but with a zero-emission powertrain. The All Electric Concept Vehicle was meant to show what’s possible with military electric vehicles and what could one day replace the combustion-powered ISV for the U.S. Army.