Formula One foothold growing, and it's here to stay in USA 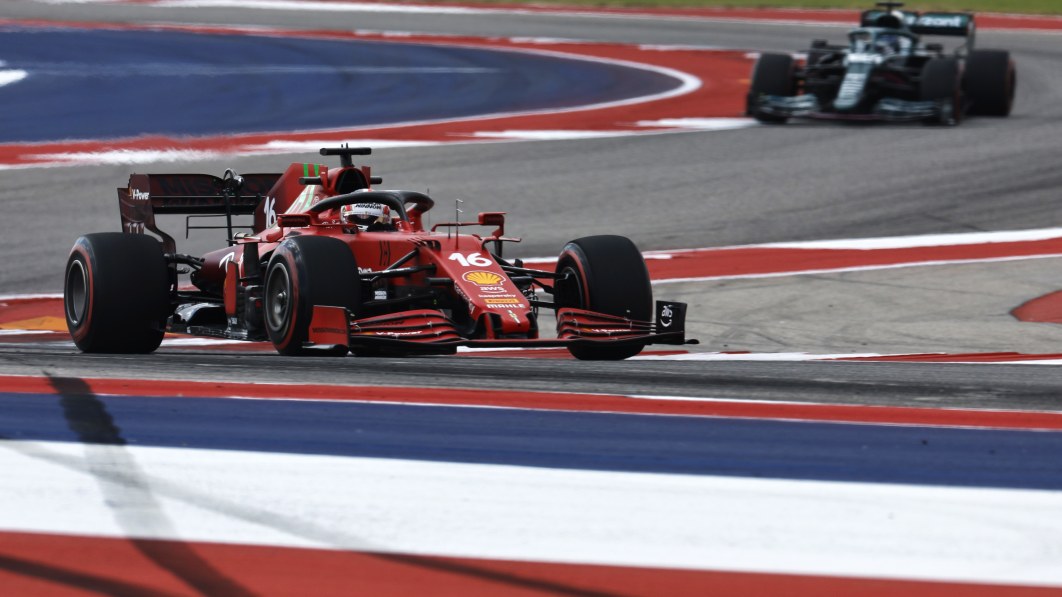 AUSTIN, Texas — When Formula One returned to the United States in 2012, in Texas of all places, the world's highest class of international auto racing was taking a big leap in a country it had abandoned five years earlier.

A decade later, F1 is here to stay in the USA.

The U.S. Grand Prix on Sunday will fulfill F1's original 10-year contract with the Circuit of the Americas, and the series has a new 10-year agreement for the Miami Grand Prix beginning next season. New American fans have been drawn to F1 by the Netflix docuseries “Drive to Survive."

It's taken a decade for F1 to establish its foothold, even without an American driver many have insisted the series needs to survive long term in the United States. The thrilling championship fight between Lewis Hamilton and Max Verstappen has been captivating and the sold-out crowd Sunday is anticipated to be the largest in race history.

The addition of Miami to the schedule beginning next May is expected to boost F1's presence in North America to four stops: Montreal and Mexico City both return to the 2022 calendar, and Austin is among the 23 dates announced even as track President Bobby Epstein seeks a new multi-year contract.

"I’m pretty optimistic we’ll reach a new deal going forward,” Epstein said. “The track has become the global brand we wanted it to be. The architects who designed it have been proven right, the city as a destination has been validated. There were a lot of people who doubted and didn’t see why it would work in Austin. We’ve proven it’s succeeded.”

Epstein even believes there's enough interest for more stops in the U.S. Liberty Media, a U.S.-based investment firm, has run F1 since 2017 and president Stefano Domenicali acknowledged the country is a “key growth market."

Few would have expected the series to take off as it has.

The Circuit of the Americas was just rolling scrub land outside the Texas capital when F1 said it was returning to the United States five years after its eight-year run ended at Indianapolis Motor Speedway. It seemed risky to build a $300 million facility for the purpose of hosting F1 and its open-wheel teams in a country where the NASCAR stock car series is king.

Texas lawmakers sweetened the deal by allowing Epstein and race promoters to tap into state money to cover F1's rights fees — a tab that runs more than $25 million per year. Organizers applied for $35 million in state funds for this year's race.

“I would love to see us kind of have more of an F1-style approach to a race weekend and how we host hospitalities, parties, just all those things,” Hamlin said. “There’s just got to be more to it then showing up and racing like we’re doing now."

F1 drivers have praised the Austin track itself and seize every opportunity to enjoy the U.S. while promoting the race. Sergio Perez kicked off the festivities last weekend with a demonstration in his Red Bull in downtown Dallas that drew more than 10,000 spectators. Charles Leclerc of Ferrari and Pierre Gasly of Alpha Tauri sat courtside for the NBA season-opener in Milwaukee, and Mick Schumacher, son of F1 legend Michael Schumacher and driver for the American-owned Haas team, was on the pit stand for Stewart-Haas Racing at Sunday's NASCAR race.

“I can see the passion for the sport is growing here, which is great," Perez said. “Even five years ago, it wasn't as popular as you see now. I think Formula One is only going to get bigger stateside.”

What the American market is still missing is a victory — or even a podium — from an American driver or team.

There hasn't been an American driver in F1 since Alexander Rossi's limited run with Sauber ended in 2015. He moved to IndyCar, won the Indianapolis 500 as a rookie, and hasn't returned to F1.

American businessman Gene Haas expanded into F1 in 2016 as the means to grow his machine tool building company internationally. He's so far declined to develop an American driver and currently fields cars for Schumacher, a German, and Russian driver Nikita Mazepin.

Haas has chosen drivers with experience and financial backing, though the result is five winless seasons without a single podium. Even worse, Haas has collapsed from a middle-of-the-pack team in 2018 to last place this season.

Michael Andretti, son of former F1 champion Mario Andretti, has openly said he'd like to expand the Andretti brand into F1 and is reportedly in discussions to take control of Sauber. The American even made inquiries about getting Colton Herta in an F1 car for Friday's first practice session.

The 21-year-old Andretti star is currently in IndyCar and would be expected to move to F1 if Andretti gets a team. Herta tried the F1 development route and moved to London alone at 15, but was back in the U.S. two years later when opportunities didn't materialize. He landed in IndyCar and became the series' youngest winner at 19 — at the Circuit of the Americas — in 2019.

The pursuit of one of the 20 seats on the F1 grid is expensive and requires a massive commitment from drivers at very young ages. Perez was a teenager when the left Mexico for Europe to train for F1.

“(An American driver) would be nice to have, but from my perspective it is very hard to make it in Formula One,” Perez said. “We are the ones who have to go out of our homes and we have to do that at a very young age.”