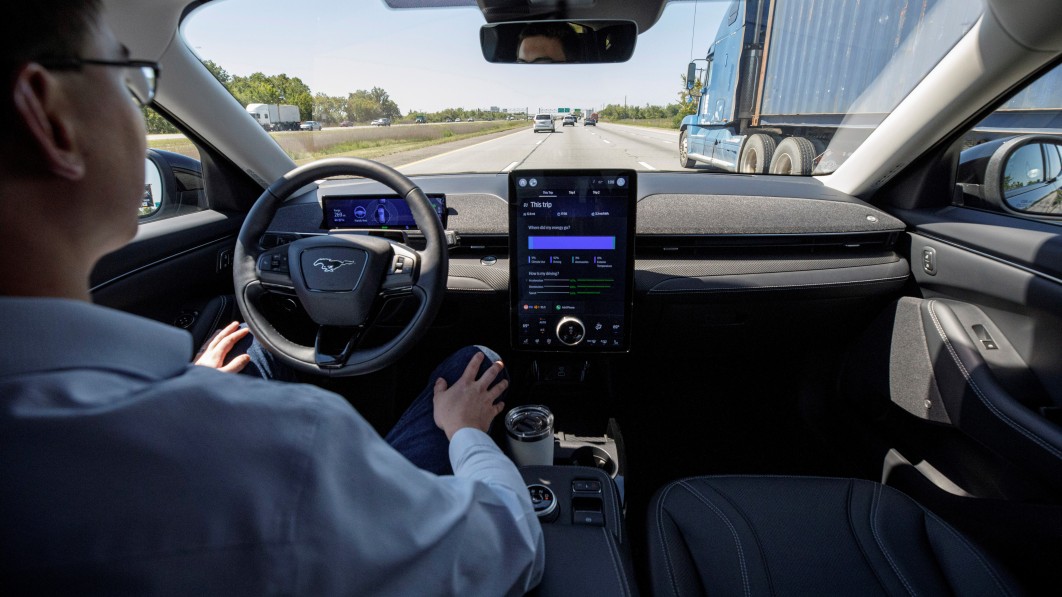 Ford is sending out an update to Blue Cruise that will enhance its functionality with some nice features we tend to enjoy on other advanced driver assistance systems. Plus, in addition to Blue Cruise getting the update, the Lincoln version named Active Glide will get the same update.

For starters, both Blue Cruise and Active Glide will gain hands-free lane changing. Similar to other lane-change assist systems, you’ll prompt the lane change by activating the turn signal. It’ll scan for traffic, and if all is clear, the vehicle will move into the requested lane. Ford says that it’ll even suggest lane changes to the driver in the cluster as you approach slower-moving traffic. What this new feature doesn’t do, though, are automatic lane changes. Systems like Super Cruise and Tesla’s Autopilot will recognize slower traffic, then make a pass all on their own to move around said traffic — they’ll even move back over into your previous lane after making the pass. We wouldn’t be surprised if Ford adds this functionality to the system in a future update.

Another update in this release is new “In-Lane Repositioning” programming. It’s designed to recognize when there are vehicles in adjacent lanes and will then shift you further away from them within your lane of travel. Ford says it’s especially helpful when passing semi-trucks, and will give you the usual and more comfortable buffer that a human driver might give a truck.

The final update is a Predictive Speed Assist feature that will adjust your speed as you approach a curve. It will signal to the driver in the cluster that the car will slow for a curve, then do so gradually as you approach it. This is the sort of feature we typically like to turn off as soon as possible, since we’d rather just remain at the same speed for curves on the highway. But, if you’re one of those folks who like to slow down for curves on the highway, this will provide a more natural driving feel.

Ford says that customers have cumulatively put over 16 million hands-free miles on cars with Blue Cruise at this point. This update, simply named 1.2, for Blue Cruise and Active Glide will see its initial rollout this fall. It will hit the Mustang Mach-E first, and Ford says other vehicles will follow.