We’ve seen the next-generation Ford Ranger in all its glory already in the truck’s global reveal, but what we haven’t seen is the Ranger’s high-performance off-road Raptor variant. You’re looking at our best view of the upcoming Raptor yet in these spy shots, and it’s testing alongside the Bronco Raptor.

These latest photos drop some of the camouflage that was shrouding our view previously. Most importantly, the big sheet of black fabric that was covering the grille is gone, revealing the honeycomb-like pattern underneath. There’s a bar that splits the honeycomb grille in two, and this is where the “FORD” lettering in extra-large font size will go. We also get to see the shape of the lower bumper opening and a clear look at the giant skid plate underneath the bumper. The rest can be filled in by what we know the standard Ranger looks like with its C-shaped headlight modules and sharp-edged hood.

Moving further back, we get to see the truck’s stance with its beefy BF Goodrich all-terrain tires and dark gray wheels. A running board, similar to that seen on the standard truck is visible on the sides. And then in the rear, we finally get to see real exhaust pipes instead of the test pipes seen previously. This means that Ford has also fitted it with what looks like a closer-to-production rear bumper that allows the exhaust to be tucked super high and out of the way of off-road obstacles. 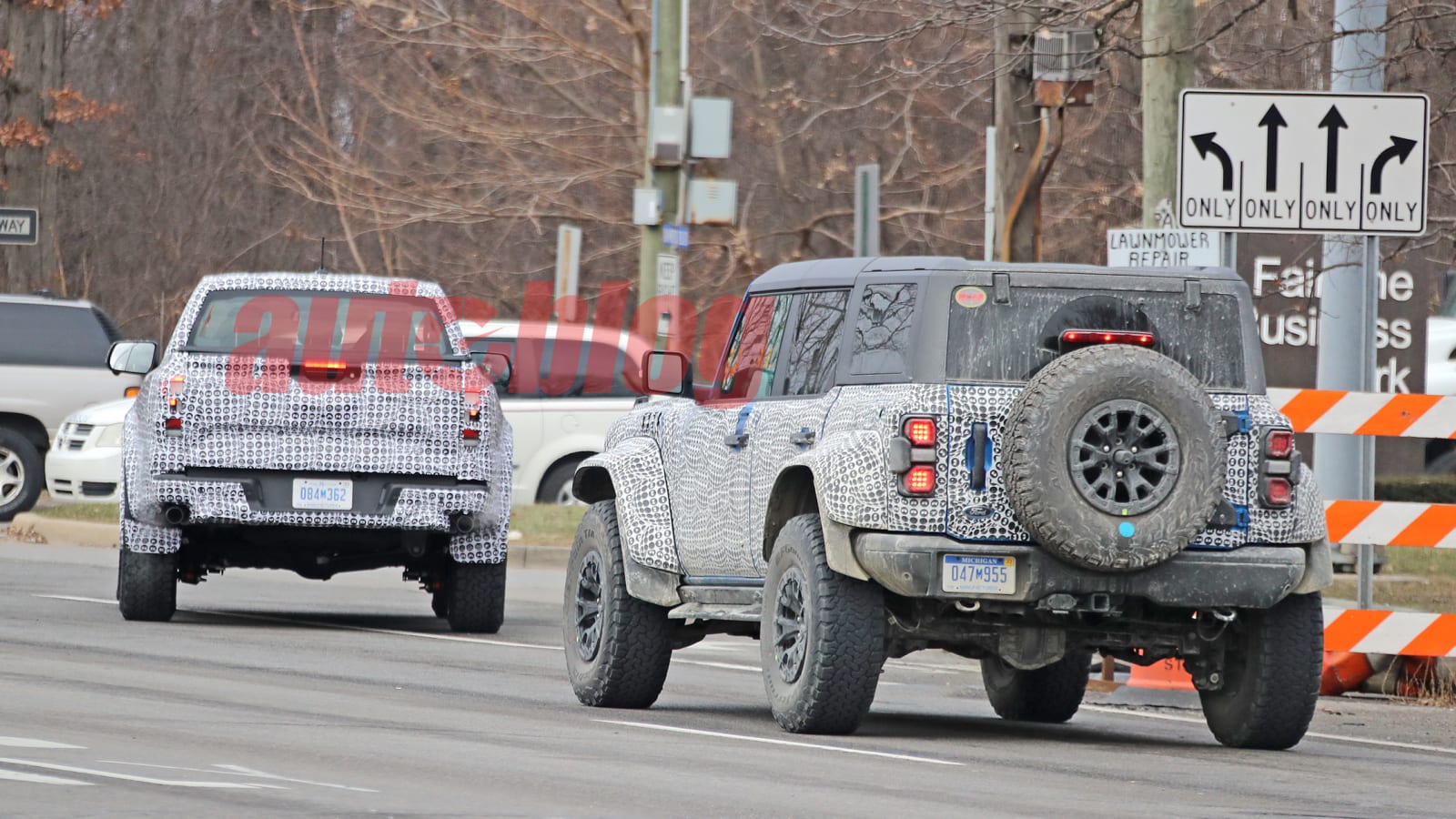 As for its Bronco Raptor testing partner, these shots give us a look at what the two off-roaders look like next to each other. Just like the previous shots, these indicate that the Ranger will be considerably narrower than the Bronco. It’ll still communicate its off-road intentions with the wider-than-normal body, but it’s nowhere near as extreme as the Raptor’s massive fenders show it to be.

We’re hoping to see the Ranger Raptor soon now that the standard truck has already been revealed. If our previous predictions hold true, it could launch as a 2023 model.