Ford Performance built an Explorer ST to hit the track 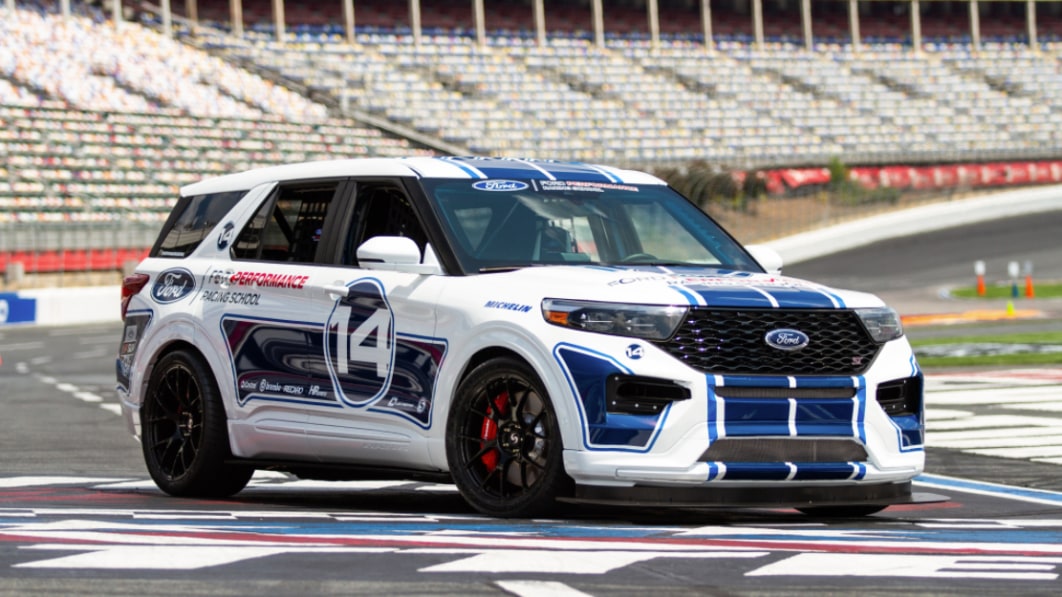 It’s time to go racing with SUVs, at least that’s what the Ford Performance Racing School is up to. Ford Performance just unveiled this heavily modified Explorer ST that will be used for the racing school’s programs. You’ll also be able to check it out in person at this year’s Woodward Dream Cruise, this coming Saturday.

More power is on tap via a tune by HP Tuners, but Ford doesn’t say how much the ST is making now. The Explorer ST makes 400 horsepower and 415 pound-feet of torque from the factory, so expect a good deal more than that.

Suspension work appears to be done, considering how low the Explorer sits compared to stock. However, Ford doesn’t give us the details. It’s certainly going to grip the road much better than before, as Ford somehow fit 315-section-width Michelin Pilot Sport Cup 2 tires at all four corners. Plus, those tires are wrapping new “Track Series” wheels by Signature Wheels. Aero work doesn’t look too intense, but the front bumper looks like it has a large splitter tacked onto it.

Hauling the mass that is an Explorer to a stop are uprated brakes. Ford simply pulled the Shelby GT500’s 16.5-inch rotors for duty here, while six-piston Brembo calipers do the clamping. Safety is paramount in a driving school, so it also has a full welded-in safety cage. Plus, there’s room for four people with four new Recaro bucket seats that are four-point harness compatible. No need to roll the window down either, as Ford replaced all the windows with racing window nets.

There’s apparently more to come, too. Ford Performance calls this Explorer a “work in progress,” so it sounds open to taking the Explorer to even higher extremes.