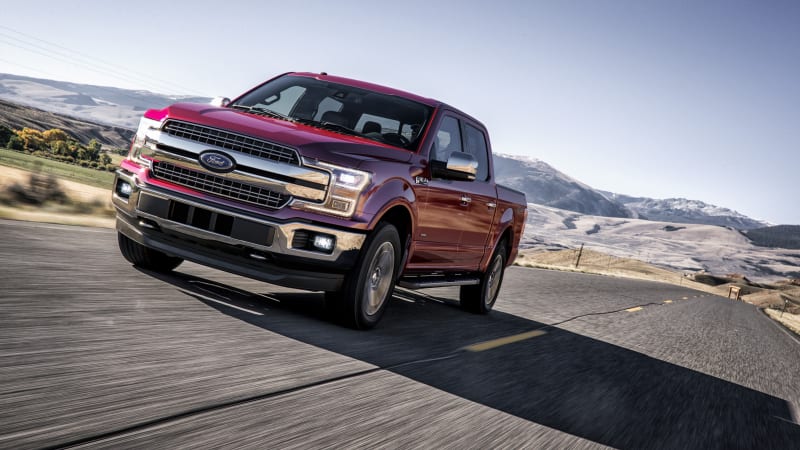 Ford announced a safety compliance recall and a safety recall today for 2015-16 and 2018-20 F-150 pickup trucks. The front LED lighting on 2018-20 vehicles is incorrectly set up, while the 2015-16 vehicles have defective engine block heater cables that could lead to a short circuit. Between the two recalls, up to 250,718 vehicles in North America could be affected.

The recall affects 166,196 trucks in the United States and 50,989 in Canada. As a fix, Ford dealerships will update the body control module software configuration.

In a separate safety recall, Ford announced 2015-16 F-150s with engine heater elements and 3.5-liter GTDI engines could have defective engine block heater cables. The cables might not have the proper length and heat protection, which could leave them vulnerable to degradation. Ford says, "Prolonged exposure to high temperatures can cause a resistive short, inoperative engine block heater, and/or tripping of household breakers or GFCI-equipped outlets while the vehicle is parked and the block heater is plugged in." Should there be a short, the risk of melting wiring and fire goes up, though there are no reports of such events. The risk only exists while the vehicle is parked and the engine block heater is plugged in.

This recall affects up to 13,854 trucks in the U.S. and 19,679 in Canada. Ford dealerships will inspect the affected vehicles and replace the cables when necessary.

Additionally, a third small safety recall was included in the same announcement. Ford is recalling the 2020 F-Series Super Duty and 2021 E-Series because the axles might not have enough lubricant. In the absolute worst-case scenario, this could lead to bearing seizure, which could fracture some parts and cause the driveshaft to separate from the rear axle. If that were to occur, the vehicle could lose propulsion, as well as the ability to park. Without the parking brake, the vehicle could move on its own. This recall, however, affects only 319 vehicles in the U.S. and seven in Canada.