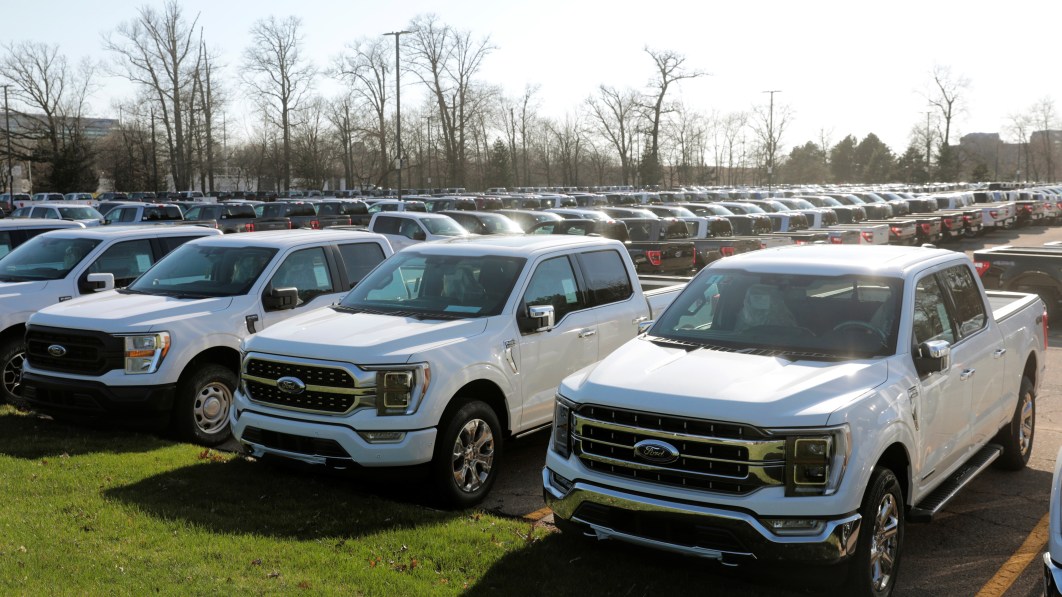 Pictures of thousands of brand new, unsellable Ford F-150s parked in lots in at least three states expressed the semiconductor shortage in real and financial terms. Ford's pain has been especially dreadful; CEO Jim Farley said nine of Ford's Tier 1 suppliers relied on chips from a single chip maker that experienced a fire in its clean room. This break in the supply chain is breaking the knees of Ford's star player. Earlier this month, the Detroit Free Press reported the automaker had sourced a supply of chips that would allow it to ship thousands of trucks to dealers and keep production lines going. Now, Automotive News reports that Ford is discussing an idea with dealers to ship trucks before the chips are installed. Any dealers receiving such vehicles would get training for service staff on how to install the hardware, and repayment for nearly an hour's worth of labor for each repair. This is only an idea for now, and if it became reality, only dealers agreeing to the plan would receive unfinished trucks.

A brace of important questions need satisfactory answers before this has a chance of leaving the whiteboard. Dealers won't want the obligation of paying for and insuring trucks on their lots that they can't sell, and more importantly, don't know when they'll be able to sell. The profit and loss people hate those kinds of scenarios. Some dealers are also wary of accepting responsibility for such repairs. Chips that are important enough to make a truck unsellable when those chips are missing will control important, and perhaps numerous, systems. Should anything go wrong down the road, customers and their lawyers will scrutinize all potential connection to dealer-installed chips.

Ford F-Series sales are only down 1.5% through the end of June compared to 2020. However, F-150 sales in June plummeted 26.9% compared to 2020, and these numbers are relative to the pandemic year. Considering the new car market's current astronomical demand, Ford's highly motivated to spitball with dealers until they come to some mutually profitable agreement on minimizing the delay between finishing trucks and selling them. And it's certain Ford is tired of paying places like Kentucky Speedway to park gaggles of its golden geese. A Ford spokesperson would only tell Automotive News, "We are exploring a number of different options as we work to get our customers and dealers their new vehicles as quickly as possible."