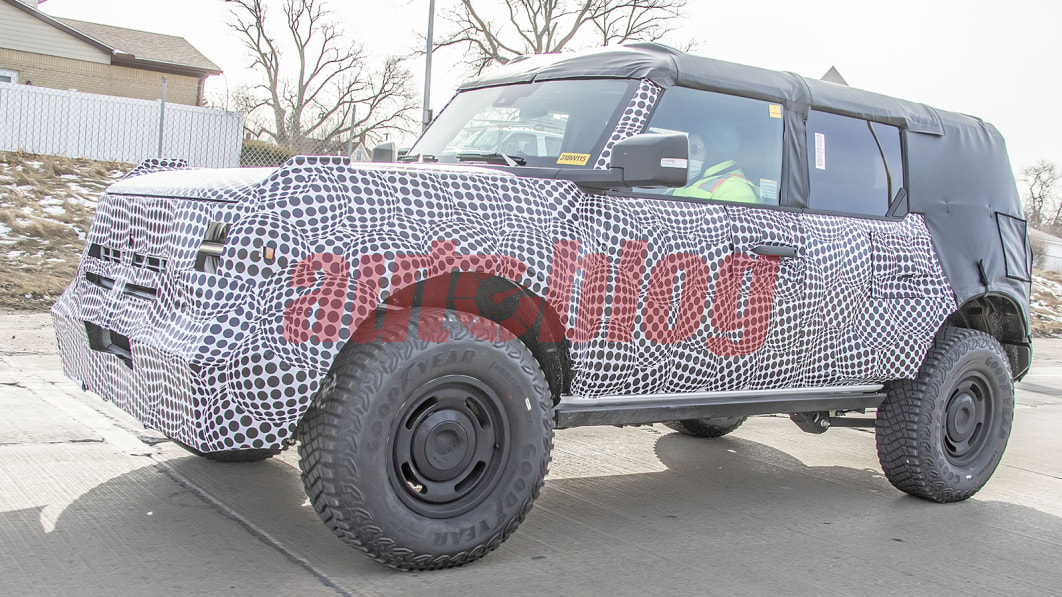 There have been rumors of a Ford Bronco Heritage Limited Edition since the beginning of the year. On January 4, a Bronco6G forum member began a thread about the model based on word from a Ford source, the only info at the time indicating an E5G body code for a two-door Bronco Heritage Limited and an E5H body code for the four-door version. Both would be fitted with the advanced four-wheel-drive system that's standard on the current Badlands and Wildtrak trims. Apparently Ford intended to sell the trim for the 2021 and 2022 model years, but life got in the way, so the first year was scrapped.

Ford's done an excellent job of keeping the nitty gritties under seal, with little more than speculation among the fan base after ten months of forum chat. A series of spy shots from February confirmed a few vintage cues. The prototype rode on four-slot steelies that were originally white but spay painted black, and sported a center cap just large enough to hide the lug nuts that would be reminiscent of that on the original 1966 Bronco. Those white wheels would match the white grille seen behind the camouflage, bearing red "FORD" lettering just like the original instead of the modern truck's "BRONCO." A forum post from June on Bronco6G included a parts document showing a grille with "FORD" lettering.

Those old SUVs had their steel wheels painted to match the white grille and a white top, and Ford has already confirmed a white top will be available in the future — eventually — and the faithful wouldn't put any faith in a Heritage model without it. The prototype also rode on the same 35-inch off-road tires that come with the Sasquatch package, making good use of the higher-end 4WD system. Other speculation has mooted an Oxford White modular hard top matching Oxford White door hands, triangle windows, an available herringbone interior, and Bronco fender badges in script, but dismissed white bumpers and fenders and the First Edition's disconnecting sway bars.

All we can say with a reasonable degree of confidence is that it will be expensive, since the Wildtrak is nearly $48,000 in two-door form and almost $50,000 as a four-door. That should place it behind one of the other special models we know is coming next year, the Bronco Raptor, and don't forget, the Bronco Everglades will snorkel its way into the lineup as well next summer.