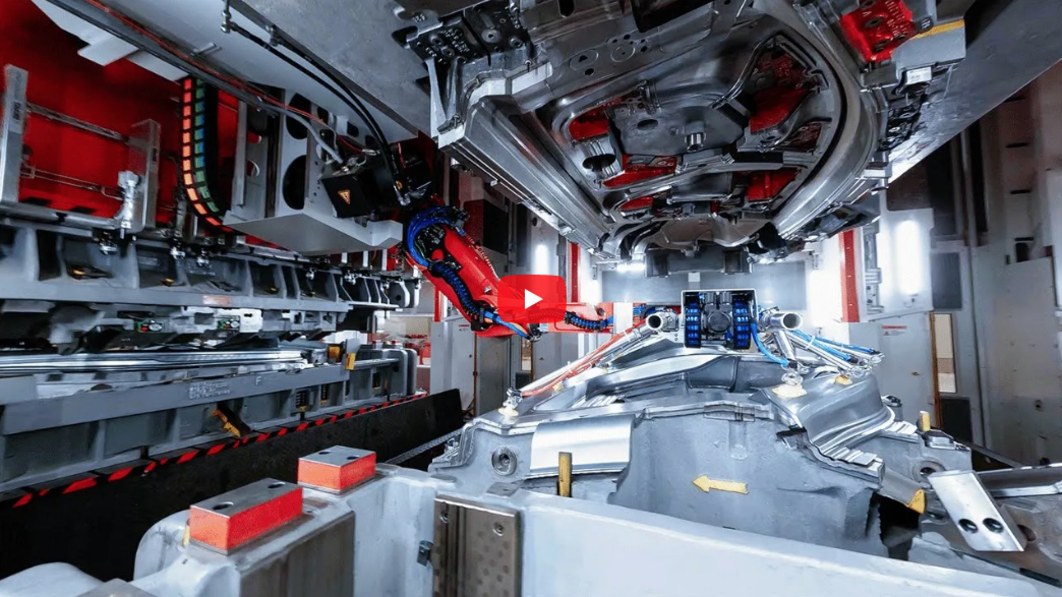 An element that has helped spell success for Tesla and SpaceX, apart from their technological achievements, is their video production capability. A SpaceX mission, like today's launch of paying customers to the International Space Station, is always visually outstanding. And we all watched "Starman." At last night's Tesla Texas Cyber Rodeo, we saw views of the massive factory from the sky, along with the increasingly familiar trick of aerial sculpture performed by lighted drones in formation.

(We recognized the doge. Was the large head in the sky Elon Musk's? Harder to tell. But North Korea must be taking notes. It's a big step up from stadium flip cards for promoting a cult of personality.)

Tesla supposedly eschews a PR department, but these images have been instrumental in positioning Musk's companies as cool and innovative. And to that end, Tesla a few days ago released an informative, swooping three-minute drone video tour of Tesla's new Berlin factory, which we've embedded above.

The camera takes you places you can't go — and don't want to go, such as flying directly through aluminum stamping and cutting machines, or right up to the superheated maw of Tesla's famed Giga Press aluminum die casting machines.

The drone flies throughout the operation, where of course everything is brand new and sparkling. And what the video conveys, without a word spoken, is scope and scale. Berlin and the even-newer Texas plant near Austin were built to a capacity of up to 500,000 cars per year. That's 500,000 each. Shanghai is projected to produce 1 million cars this year, and Tesla's reportedly planning to build a second facility there to double that output.

This Berlin video gives you a visual sense of how far-reaching Tesla's ambitions are.

(Likewise, Tesla produced a similar video of the Shanghai operation last year, though more of that one appears to be shot conventionally rather than by drone.)

Hat's off to the drone pilot. Ausgezeichnet!