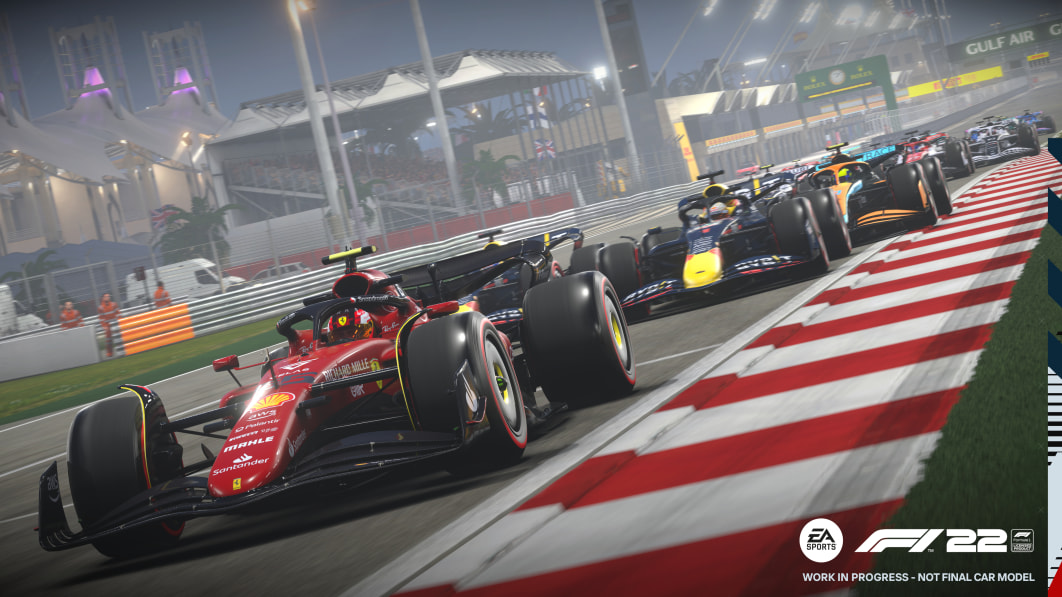 This week in racing game news:

At its core, "F1 22," the latest installment in the F1 series from EA Sports, is a lot like "F1 2021." Whether that's a good thing or not will largely depend on your own gaming preferences. There are some notable, pretty cool differences in the new game, but it's still a tough, sim-y, good-looking, fast-feeling racer that definitely does not hold your hand.

The most exciting new addition to "F1 22" is probably the new VR mode, which in my experience worked really well. I booted up the VR mode via Steam on an Oculus (Meta) Quest 2 and found it to run pretty flawlessly. Too often I've found VR versions of non-VR-specific games to be clunky and slow, but that wasn't the case here. Everything loaded quickly and expectedly, and while it's probably not breaking any new ground graphically (it looked about the same as the Project Cars VR versions) it still more than did the job and it's very cool to have the option to hop in the cockpit of a Formula One racer and zip around a track.

In addition to the new VR mode, there's also a new F1 Life feature in the game as a sort of pseudo-replacement for the missing Braking Point story mode introduced in "F1 2021" last year. This feature is fine, but basically just amounts to superficial customization options for your character and their digital digs. You have the option of displaying unlockable supercars in your virtual penthouse, but with under 10 total to choose from, it seems a little underwhelming and unneeded.

As far as the races go, if you're not already a big F1 fan, it can be tough to sink into the gameplay, and the game probably doesn't do enough to make it easy on average Joes new to the sport. The 17 "tutorials" presented at the beginning of an in-game career basically amount to paragraphs of jargon-heavy text accompanied by an occasional video. The game does offer more traditional (and helpful) tutorial-like challenges in the way of "Practice Programs," but even navigating to them and understanding the ideal order in which to complete them can be frustrating at times. Once you get into the flow, there's definitely a lot of fun to be had after figuring out the corners and pushing your car to its limits, even if you're not very good (like me). But if you're not already accustomed to the gameplay, be prepared for a challenge even on the lowest difficulty settings. This game very much does not feel like a "Forza" or a "GRID."

Ultimately, you probably already have a good idea about whether this game is for you. If you're a big F1 fan, loved the previous installments, or you appreciate a challenging, realistic experience, you'll probably love this game. If you're an F1 fan with a VR headset, hoo buddy, this damn well might be your game of the year. But, if you're looking for a casual racing experience that doesn't make you work too hard to simply get onto the track and start slamming the pedal to the metal, there might be better options out there for you.

If you're interested in checking it out for yourself, you can pick up "F1 22" right here for PC, Playstation or Xbox systems.

Do you love trucks, bulldozers and excavators? Then you'll probably love "Construction Simulator." It's exactly what it sounds like, allowing players to operate over 70 machines by 24 brands in two open-world settings. You can even build with your friends and accept over 90 in-game construction contracts. It's going to be launching for Xbox systems, Playstation systems and PC on September 20. Check out the video below to learn more.