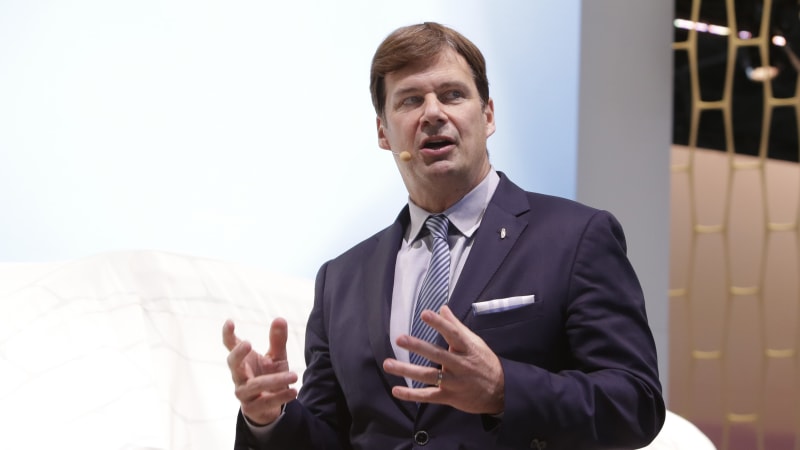 Farley, president of new businesses, technology and strategy, has been viewed as one of the potential successors to Hackett, who took over in 2017. The news comes three days after Ford offered investors a disappointing 2020 profit outlook.

Hackett, who came out of retirement from Steelcase and as interim athletic director at the University of Michigan to lead Ford in 2017, said at the time he did not plan to stay in the role long.

Ford also said that another executive, Joe Hinrichs, president of automotive, will retire. Many employees and outside observers had seen him as a favorite to succeed Hackett. Hinrichs has overseen automotive production at Ford, and this week's earnings report and Hackett both highlighted the rocky launch of the 2020 Ford Explorer as one reason for Ford's weak results.

“Jim Farley is the right person to take on this important new role,” Hackett said in a statement. “Jim’s passion for great vehicles and his intense drive for results are well known. He also has developed into a transformational leader with the imagination and foresight to help lead Ford into the future.”

An outside analyst mirrored those sentiments. “Jim Farley is exactly what Ford needs in these challenging times," said Jon Gabrielsen, quoted by the Freep. Gabrielsen is a market economist who advises automakers. "He is very strategically minded and not afraid to take bold actions quickly when the situation requires it.”

Ford's announcement said that Farley will assume responsibility for production, for all global markets, Ford Smart Mobility and autonomy development.

Ford's annoucement said, "The changes come as Ford is moving with urgency to fully integrate and accelerate its transformation into a higher-growth, higher-margin business by leveraging smart, connected vehicles and services. Since 2017, Ford has made important progress in transforming the company in the face of sweeping technological change and disruption in the auto industry while working to improve the fitness of its base business — restructuring operations, invigorating the product portfolio and reducing bureaucracy."