LONDON — Accelerating sales of electric vehicles have fueled a scramble for nickel, cobalt and lithium, propelling prices of the battery materials to multi-year highs.

Phasing out internal combustion engine (ICE) cars in favor of electric vehicles is part of the energy transition and efforts to cut carbon emissions. 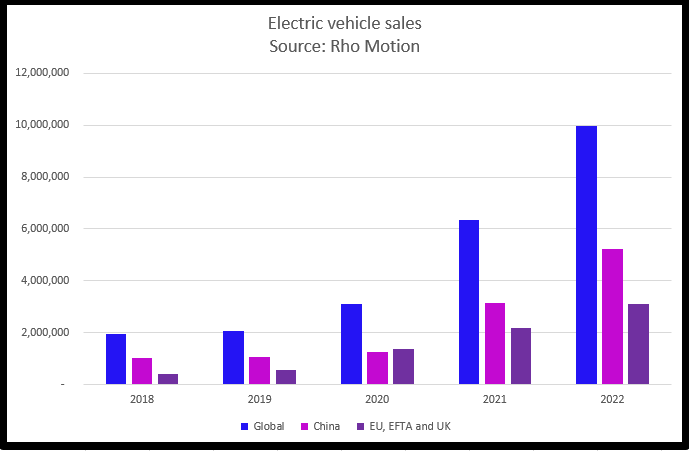 More than 6.36 million electric vehicles were sold last year globally compared with 3.10 million in 2020, data from Rho Motion shows. China accounted for half of the total last year and 40% the previous year. 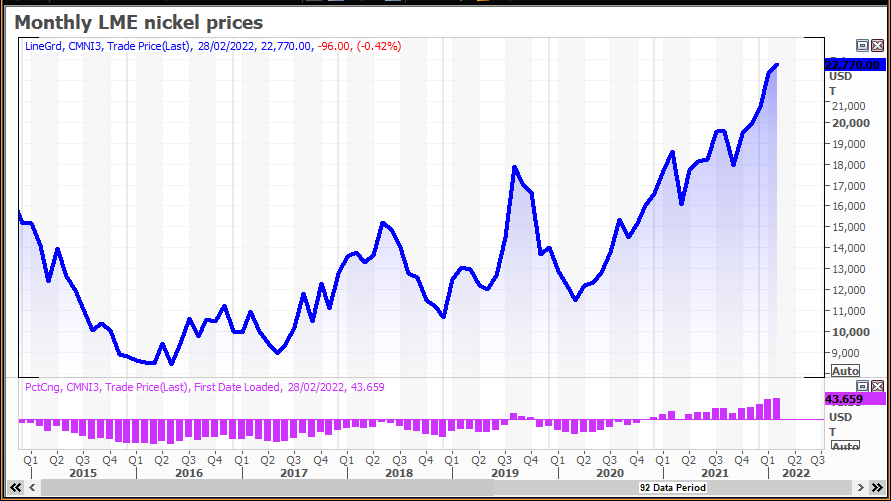 Shortages of nickel have led to draws on stocks in London Metal Exchange approved warehouses, which at 88,182 tonnes have dropped 65% since April last year.

More pertinent are stocks of bagged briquette, easily crushed into small particles and dissolved in sulphuric acid to make nickel sulphate for batteries, at 65,676 tonnes down 67% since last April.

Analysts say most of this briquette has been shipped to China, which controls the electric vehicle supply chain.

Wood Mackenzie analyst Andrew Mitchell estimates total nickel demand at 2.8 million tonnes last year, of which 69% was used to make stainless steel and 11% to make batteries, from 71% and 7% respectively in 2020. 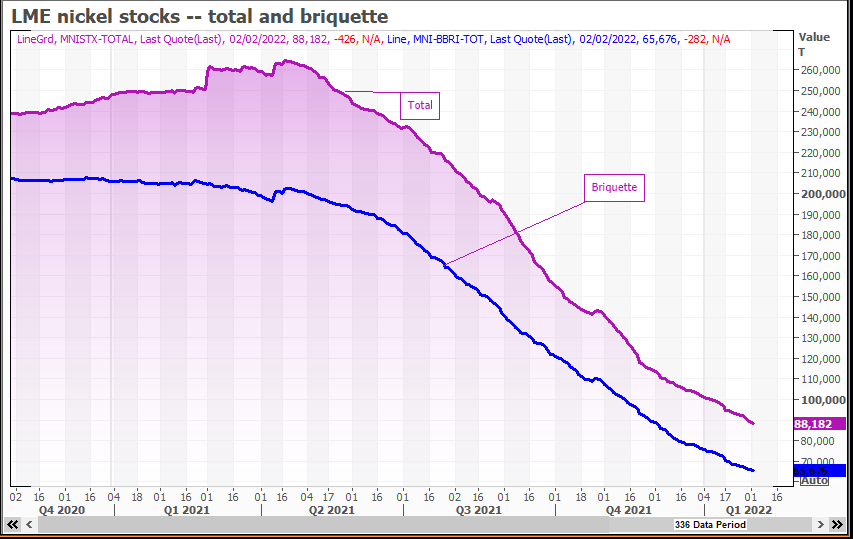 Mitchell expects batteries' share of nickel demand to rise to 13% this year. "We are looking at higher average prices this year."

Nickel hit $24,435 a tonne last week, the highest since August 2011. It is expected to retreat later this year as supplies ramp up. 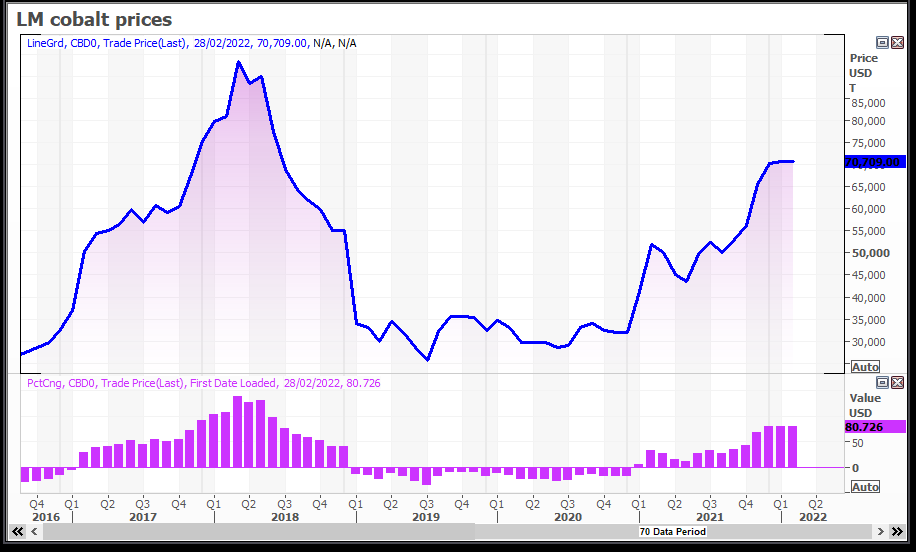 Coronavirus lockdowns in southern Africa created bottlenecks that delayed shipments to China from Democratic Republic of Congo, which accounts for more than 70% of global supplies. 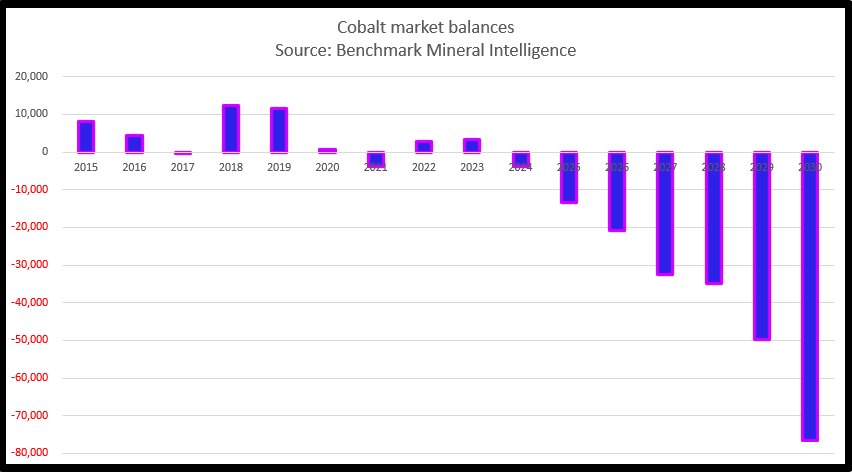 BMI expects total cobalt demand at 177,500 tonnes this year, of which 104,000 tonnes will be consumed by the battery sector.

Cobalt prices at around $70,000 a tonne are at their highest since July 2018. Traders expect further gains as Chinese consumers restock. 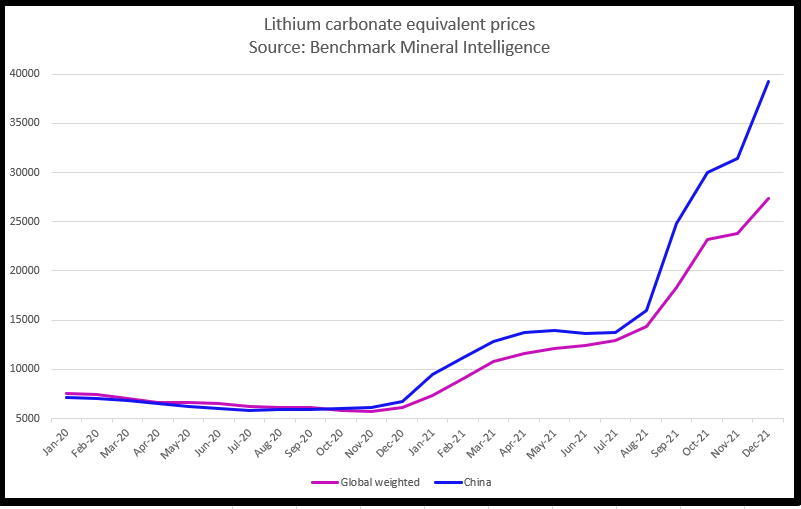 Deficits have pushed prices of lithium carbonate to record highs above $50,000 a tonne in China, according to BMI.

Lithium carbonate is used for lithium iron phosphate (LFP)batteries. Sales of electric vehicles which use these batteries have accelerated in China.

Lack of investment in capacity due to sliding prices in the three years to 2021 means deficits are likely for some years.

"Supply is struggling to keep up with demand, given long lead times to bring first production from lithium resources to market," said BMI analyst George Miller. 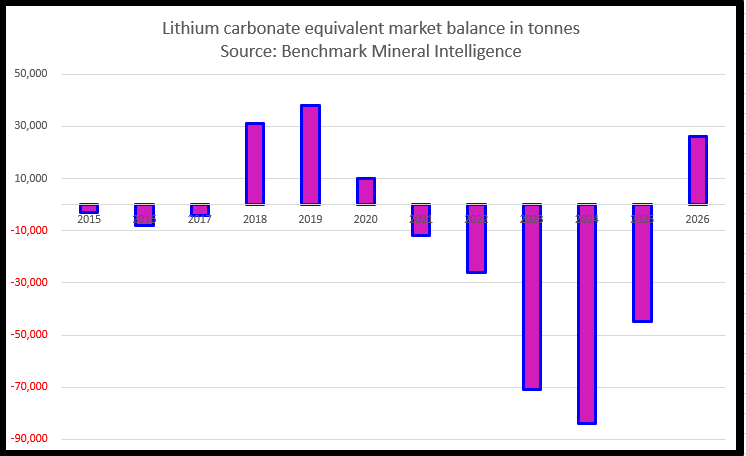