Driving this Fourth of July weekend? It might be hard to find gas 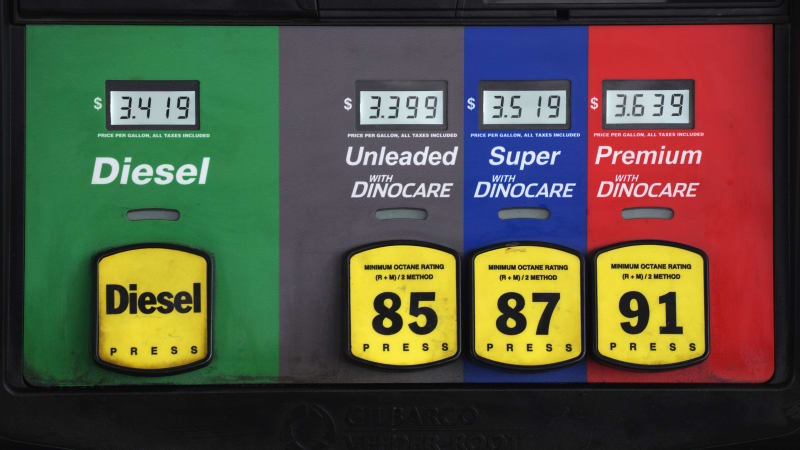 American drivers hitting the road for the Fourth of July weekend are used to hunting for cheaper gasoline along the route, but this year many may not have the luxury of bypassing a pricey fill up. With distribution snags causing sporadic shortages in some gas stations across several states, drivers are being cautioned to keep an eye on their tank and refill when it drops to a quarter. That will make it more difficult to avoid the most expensive fuel for this time of year since 2014, with the national average reaching $3.11 a gallon this week.

While the whole country has plenty of gasoline, tank-truck drivers have been hard to come by just as the summer starts in full force and demand comes roaring back. Far-flung filling stations have briefly gone without fuel at least in Ohio, Colorado, Iowa, Indiana, Arkansas, North Carolina, California, Florida, Nevada, Washington and Oregon. In Indiana, hundreds of fuel trucks are sitting idle across the state with no one to drive them, including 150 at one fleet, said Gary Langston, president of the Indiana Motor Truck Association.

“There is ample gas in the United States, but what we're seeing in some of these markets is bagged pumps, because with this shortage of drivers, fuel deliveries are delayed,’’ said Jeanette McGee, director of communication at auto club AAA, recommending drivers refill when three-quarters of the tank is empty. “What we don’t want to happen this holiday is for someone to see a bagged pump and start to panic.”

The outages highlight the challenges of a return to normalcy in the world's biggest fuel market after a pandemic that devastated it, and they are part of a broader global struggle to get supply chains back up to speed as economies rebound. Many fuel-truck drivers have moved on to higher-paying jobs hauling other types of freight or to construction, and some schools that trained new ones were shut. Meanwhile, American demand for gasoline has been rising as the country emerges from lockdowns and summer road trips beckon.

Sophie Levinson, who works at a Mercedes dealership in Tennessee, is planning to scout for Costco stores where she can refuel her 2007 Toyota 4Runner on her holiday trip to Virginia Beach. She had considered flying.

“My thought process basically was: I didn’t find my ticket quick enough, and so they were like $480, and to drive would only take a couple hours and a few tanks,” she said. “If I added all of that up, driving would probably be less than $300. With that type of price difference, it’s a pretty easy choice.”

U.S. gasoline demand neared 9.5 million barrels a day in mid-June, according to weekly government data, compared with a low of 5.07 million in April of last year.

Broadly speaking, the Northeast of the U.S. hasn’t experienced these gas station outages, but companies like Summa Energy in the metropolitan New York area have seen an uptick of calls to conduct emergency deliveries when there’s a driver shortage.

"Let's say the guy down the street ends up having a serious shortage on drivers," said John Tirado, executive vice president at Summa. "So, I start getting calls for his work and I might not be able to provide because I have to meet the requirements of my trucks."

Summa is hiring for fuel drivers, hoping to lure applicants with premium wages, signing bonuses and schedule flexibility. The company is even considering offering development programs for drivers that do not have the appropriate certification, and their sales staff is helping with recruitment for fear that new business won't get serviced properly without drivers. Tanker truckers typically earn about $55,000 a year.

The Indiana truck association’s Langston said business opportunities are being missed with gasoline demand coming back. The trucking shortage is also seen in Indiana haulers of ethanol, the biofuel comprising at least 10% of finished gasoline, he said.

Fuel retailers are also warning against panic buying like that seen across the Deep South following the Colonial Pipeline cyber hack in May.

“There is plenty of gasoline in the state of Ohio, so there’s no reason to hoard gasoline,” said Alex Boehnke, spokesman for the Ohio Council of Retail Merchants. “In the event that your local gas station has pumps shut down, I’d recommend just going down the street a little bit to provide you with the fuel you need to go on that weekend trip.”

The problem is not going away so soon, though. All aspects of freight availability are tight and will likely not see relief until the first quarter of 2022, according to Craig Fuller, founder and chief executive officer of FreightWaves, a logistics data company.

“The capacity shortages are going to stay current and persistent at least through the rest of the year,” he said.