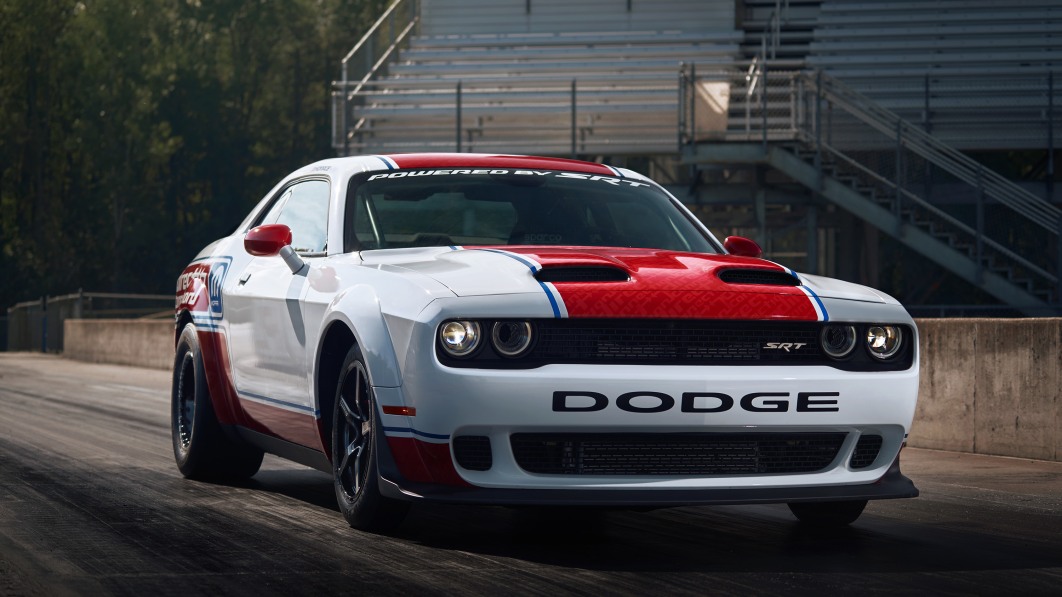 Dodge has announced sweeping plans to whet the gearhead appetite in a program called, cheekily, "Never Lift." It promises a new product or enthusiast-related announcement every three months or less for the next two years, plus a road map that's alternatively titled "24 Months of Muscle."

Kicking it off are several programs, the most significant of which is the revival of Direct Connection. The line of factory performance parts will be made available at select Dodge dealers called Power Brokers. These will come with full OEM backing that will not void your warranty if installed by Power Broker technicians.

The parts will include complete kits for the Challenger focusing on engine, drivetrain and suspension, with a Stage II kit offering a 100-horsepower increase. Dodge says it's also working on a Stage III kit that will liberate even more. All the kits are guaranteed to be 50-state emissions compliant. For pros, Direct Connection will deliver bodies in white, crate motors and transmissions so customers can build their own Drag Pak Challengers.

After that, Dodge is seeking a Never Lift brand ambassador who will be given the title of Chief Donut Maker. Seriously. It's a pretty sweet deal (see what he did there? -Ed), as the title comes with a $150,000 salary, the use of a company Hellcat, and even a wardrobe. The statement didn't officially say, but we're guessing social media savvy is a must. More information about this will be announced Jan. 22, 2022.

Before these happen, however, Dodge is launching yet another program called 25/8 (you know, one more each than 24/7) to give away 25 cars. It's not clear yet what models and how the cars will be gifted, but Dodge only says it will enlist the help of "25 superstars from the worlds of sports, music and automotive" and Amazon. We'll have more details on this program when it launches Nov. 12.

The next two years sound like happy time for Mopar-heads, but the octane won't flow forever. Two years from now puts us just before 2024, when Dodge's all-electric muscle car is scheduled to debut.