Did Joe Biden out Chevrolet's electric Corvette plans after all? 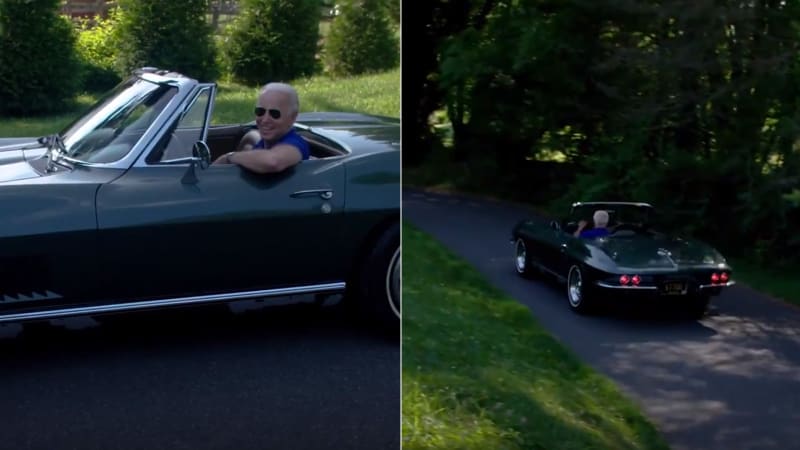 Democratic presidential hopeful (and soon to be nominee) Joe Biden may have outed General Motors' plans to build an all-electric Chevrolet Corvette in a video about his C2 tweeted last week.

"And by the way, they tell me, and I'm looking forward to, if it's true, to driving one, that they're making an electric Corvette that can go 200 mph," Biden said near the end of the clip, prompting immediate speculation as to what GM may have in store.

While Biden's remarks prompted GM to issue a standard we-don't-discuss-future-products statement, the Detroit Free Press reported Monday that such a project may in fact be in the works, citing a source "familiar with corvette production" at the company's facility in Bowling Green, Ky.

There's been a lot of talk about my vetting process lately. Here’s an inside look: pic.twitter.com/tFRKJOE3hi

"We are not going to engage in the rumor and speculation around this," a GM spokesperson said in response to Autoblog's request for more information. "However, we are thrilled that he compliments the beauty that is Corvette and its American-made roots."

So, there are two questions here that we cannot yet answer. For starters, who is the "they" to which Biden referred in his original comment, and are "they" on the same page as the source cited in today's follow-up piece?

After all, it's still possible that Biden is referring to an entity other than GM. Notably, the Genovation GXE, a Chevrolet Corvette Grand Sport turned into an all-electric speed machine, has already been proven capable of speeds in excess of Biden's quoted 200-mph figure.

In the "pro" column, we will remind you that GM has trademarked the name "Corvette E-Ray." Makes you think, doesn't it?