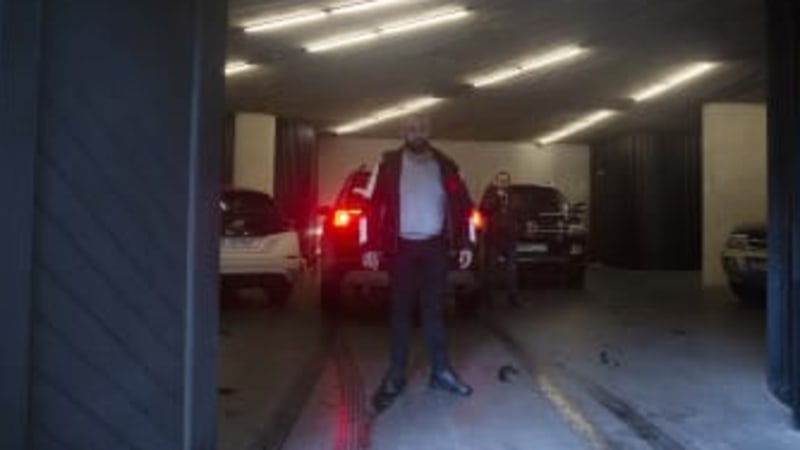 Men guard a vehicle as it arrives at the home where former Nissan Chairman Carlos Ghosn is staying in Beirut, Lebanon, Thursday. / AP

BEIRUT — The family of former Nissan boss Carlos Ghosn played no role in his escape from Japan, Ghosn said in a statement on Thursday, days after his abrupt arrival in Beirut from Tokyo, where he faces trial for alleged financial misconduct.

"There has been speculation in the media that my wife Carole, and other members of my family played a role in my departure from Japan. All such speculation is inaccurate and false," said the statement.

"I alone arranged for my departure. My family had no role whatsoever."

Sources close to Ghosn said he was prompted to flee after a recent court session in which he learned that the second of two trials would be delayed until April 2021.

"They [prosecutors] said they needed another whole year to prepare for it. ... He was distressed about not being able to see or speak to his wife," one of the sources close to Ghosn said.

A request to see or speak to his wife over Christmas was also denied, the sources added, part of strict conditions set on his bail.

The sources said Ghosn had grown distressed that authorities were pressuring his family to draw a confession from him after his daughter and son were questioned by Japanese prosecutors in the United States in early December.