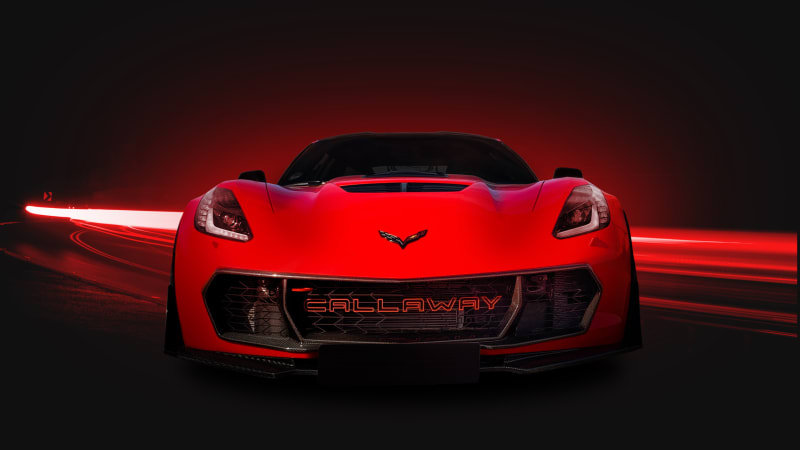 Callaway kept the Z06's supercharged, 6.2-liter V8, but it installed a GenThree supercharger it developed in-house and a TripleCooled intercooler system to increase the engine's output to 757 horsepower (about 100 more than stock) and 777 pound-feet of torque. That's enough for a 2.8-second sprint from zero to 60 mph, and a 10.5-second quarter-mile time with a trap speed of 131 mph. The changes made also include a beefier cooling system and a new exhaust line, while an upgraded suspension helps drivers make the most of the extra power.

If you're compiling a Corvette spotter's guide, note that Callaway's supercharger pokes through the C7's hood. Additional visual modifications include a wider air dam integrated into the front bumper, a GT3-spec rear wing big enough to have a garden party on, nine-spoke wheels, and a flurry of Callaway emblems. Pop the trunk, and you'll notice a red harness bar bolted to the floor, though it doesn't sound like the racing harnesses are included.

Callaway will make 25 units of the Champion, and the model will be available worldwide. It will notably be sold through retailers in the United States, in Canada, in Germany, and in Japan. Pricing hasn't been announced yet.