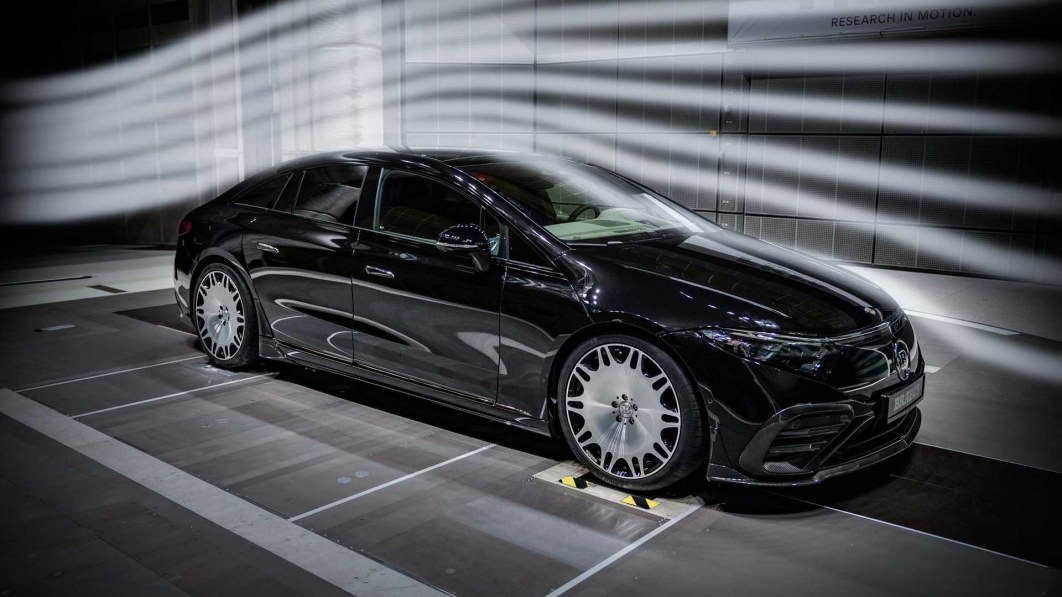 The car industry is headed down new roads, meaning tuners cannot be far behind. Even so, we didn't expect Brabus — home to a range of 900-horsepower supercar tunes called "Superblack" — to be among the first to revamp its trademark conversions. The German tuner whipped up a new body kit for the battery-electric Mercedes-Benz EQS 450 focusing on range instead of power. The sedan's stock 355 horsepower and 590 pound-feet of torque don't change. Brabus said the range estimates of 380 to 457 miles on the European WLTP cycle are improved by up to 7% at speeds between 60 and 87 miles per hour, though. Given a lengthy highway run, that could mean a healthy extension to between 407 and 489 miles of range.

The extra distance, courtesy of a coefficient of drag reduced by the same percentage, makes the EQS about as slippery as the GM EV1 and Volkswagen XL1 on the Autobahn.

The improvements come via a bodykit including a new front spoiler and new side intakes, wind deflectors on the wheel arches, a new decklid spoiler, and a reshaped rear diffuser. Brabus engineers also programmed the sedan's air suspension to drop 0.6 inch in front and 0.8 inch in back, and bolted on a set of Brabus' 22-inch Monoblok wheels wrapped in 255/35 tires ahead and 295/30 tires in back. That's quite a big jump from stock, both in wheel size and tire width. On the European showroom floor, the EQS 450 sits on 19-inch wheels wearing 235/55 rubber all around. As with all things Brabus, the customer has options when it comes to wheels, but we figure the switch to a set of the tuner's 10-spoke rims will eat into range some.