Boy hiding in trash can gets scooped into truck, driver spots him before he's crushed 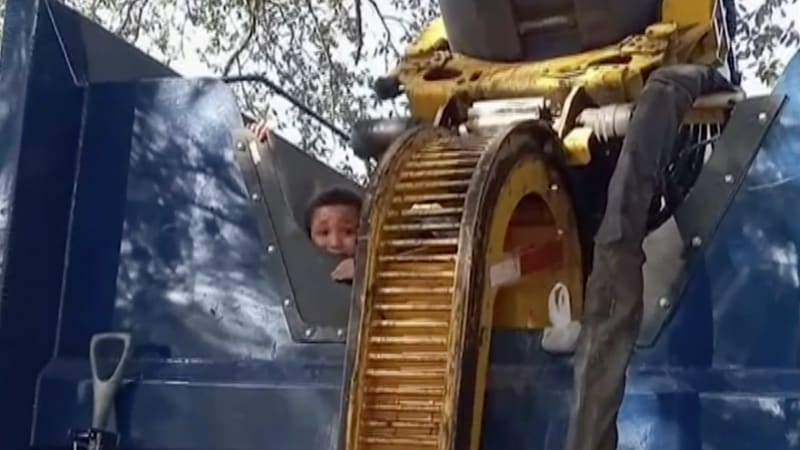 Sanitation worker Waldo Fidele in Tampa Bay, Fla., is being praised for his quick action and attentiveness after he unwittingly scooped the boy up into his garbage truck, where Elias was within seconds of being crushed to death.

Elias had climbed inside the family’s trash can. He even shut the lid. But his timing was terrible, because at that moment, Fidele’s truck was making the rounds on his grandmother’s street.

“In a minute he went out, and the next thing I hear is the sound of the truck and a guy screaming,” Elias' grandmother Carmen Salazar said.

“I got picked up and thrown, to where I was going to be a mashed potato!” Elias said.

“I was thinking this might be the end for me."

Luckily, Fidele was watching the truck compartment's surveillance camera, which he said he has been trained to do with every can. He saw the boy tumble in.

“Looking on camera, I see something drop,” Fidele said.

He quickly stopped the blade that chops and crushes the refuse, and called 911.

Fidele, of course, was shook up.

"It was a bad day for me. I was scared," the driver said.