Biden gets into heated exchange with Michigan auto worker over guns 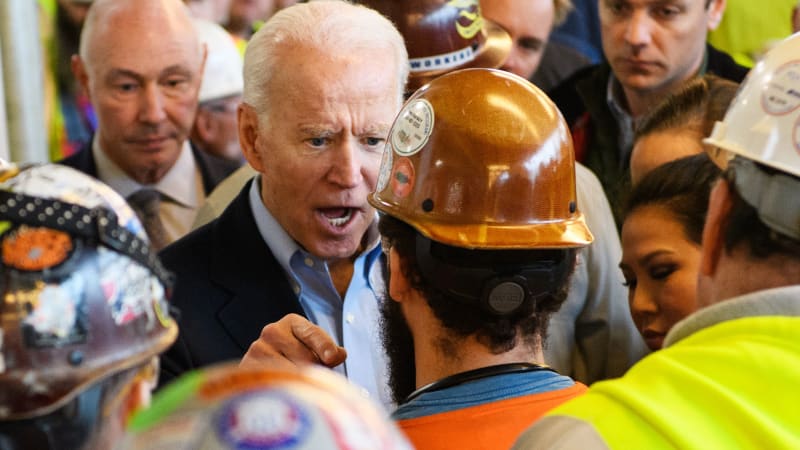 DETROIT — U.S. Democratic presidential front-runner Joe Biden on Tuesday angrily turned on an auto worker at a campaign stop when questioned whether he was going to take away people's guns.

"You're full of shit," Biden told the man who accused him of "actively trying to end the Second Amendment."

The former vice president, vying to be the Democrat who will take on President Donald Trump in the Nov. 3 election, later called the unidentified worker a "horse's ass."

The testy exchange came during a typical election-day voting photo shoot at Detroit's first new auto assembly plant in decades, serving up another episode of Biden's propensity for going off script and undercutting his campaign's desired messaging.

The flashes of temper are a double-edged sword for Biden because some supporters like his authenticity while his opponents use them to question his mental fitness. Some weeks ago, he called a woman "a lying dog-faced pony soldier" in a moment that went viral.

Biden backs the constitutional right to bear arms guaranteed by the Second Amendment, but like other Democratic candidates, he supports universal background checks for gun sales.

He also endorses renewing an expired assault weapons ban imposed in the 1990s and proposals for a federal gun buyback program to reduce the number of weapons on the street.

The National Rifle Association, the largest U.S. gun advocacy group, took to Twitter and said Biden "screamed" at the "patriot."

"Joe: Gun owners see through your lies," the organization said.

Biden hopes to take a big step toward the Democratic presidential nomination on Tuesday when six states cast votes, while his chief rival Bernie Sanders aims for an upset win in Michigan that would keep his White House hopes alive.