Bentley's next continuation car is its 1929-30 Le Mans winner 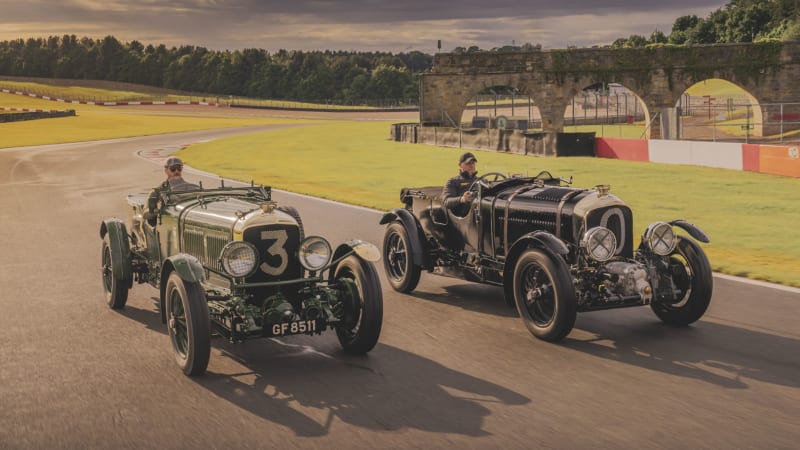 Bentley's Mulliner division will resurrect the Speed Six as its second continuation project. Announced on the sidelines of the 2022 Goodwood Festival of Speed, the born-again classic will be nearly identical to the cars that won the 24 Hours of Le Mans in 1929 and 1930.

Continuation cars remain a significant source of controversy among enthusiasts; Ralph Lauren is one of the high-profile collectors who wrote an angry letter to Bentley after the firm announced plans to make 12 replicas of the four 1929 Team Blower models. The criticism didn't dent the model's popularity; all 12 units were spoken for in record time, and this success encouraged Bentley to bring the Speed Six back to life.

Why the Speed Six? It's one of the most important models in Bentley's history, according to the company's archives department, largely due to its success at Le Mans. It was an evolution of the 6½-Litre model whose 6.5-liter straight-six engine was tuned to develop about 180 horsepower, a huge number in the 1920s. It was offered with three different wheelbases, and 182 examples were made between 1928 and 1930. Only a small handful of those were modified for racing; they were built on a 132-inch wheelbase and fitted with a 200-horsepower six.

Bentley started the continuation project by sourcing two of the original cars. One is the third of three units that raced at Le Mans in 1930, and it's been nicknamed Old Number Three. It's in private hands. The second is a 1929 model that's part of the carmaker's collection and that has previously received a full restoration. Mulliner has completed a 3D CAD model of the Speed Six using those cars and period documents.

Pricing for the Speed Six continuation car starts at £1.5 million, a sum that represents about $1.8 million at the current conversion rate. Production is limited to 12 units, and collectors scooped up the entire batch before the project was announced to the public.

Bentley will begin building the first car, which is not part of the 12 and which will be used as a testing and engineering mule, in the second half of 2022.