All Nissan Frontier plans still on track, 2021 Frontier to be lighter, more efficient than current model

While the coronavirus has majorly disrupted practically every automaker and supplier in the world, some things are still going according to plan. During a roundtable discussion, Nissan representatives said that the 2020 Nissan Frontier with the new 3.8-liter engine is still on track to go on sale this spring. No adjustments have been made to the introduction of the next-generation 2021 Frontier either, which should be revealed by the end of the year. In fact, Nissan's representatives mentioned that next-generation Frontier prototypes are on their way to the U.S. for additional testing.

As has been mentioned previously, the big draw of the 2020 Nissan Frontier is that it gets the same 3.8-liter V6 and 9-speed automatic transmission as the redesigned 2021 truck. It's 93% different from the slightly larger displacement 4.0-liter engine of the old truck, and it's substantially more efficient and powerful. Despite the major changes, Nissan's powertrain expert who was leading the roundtable confirmed that it is still part of the VQ series of engines, which has been around since at least the Nissan 350Z, and a 3.7-liter version is used in the current 370Z. The powertrain expert also explained that the truck's increased efficiency is a result of multiple factors. In part, the engine is more efficient all around because of improved design, but it's also lighter than the old 4.0-liter engine. 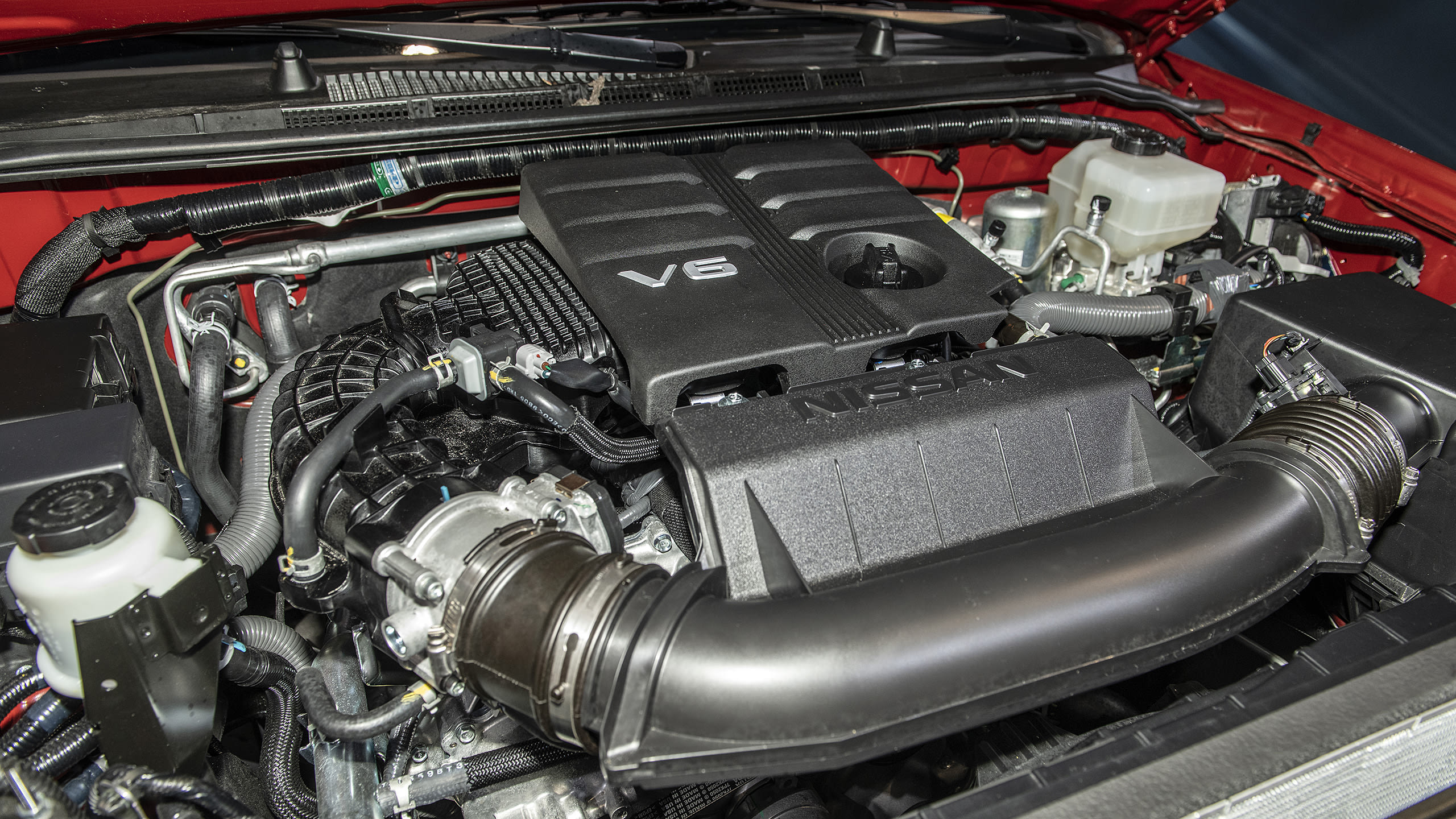 Another major contributor is the 9-speed automatic transmission. The extra gear ratios allow the engine to run in more efficient rev ranges and have very tall cruising gears to keep revs low. The transmission is pretty much identical to that in the Nissan Titan, but it has different gear ratios and shift logic to fit the smaller engine and smaller truck. Nissan currently only has plans for the V6 to be used in the Frontier, but the company doesn't rule out putting it in other models. Our bet would be for a V6 Titan in the future, since the engine is obviously able to be paired with the same transmission in the full-size truck, and it's built to handle truck duties.

While the 2020 Frontier will get plenty of the benefits of the new powertrain, the next-generation 2021 model will take things a step further. The new truck will be lighter and more aerodynamic than the current one, which has a design that dates back to 2006, so it will be even more efficient. Naturally, the folks from Nissan didn't share specifics, but at least for a benchmark, the 2020's most efficient version is the two-wheel-drive variant with EPA ratings of 18 mpg in the city and 24 on the highway. An improvement of just one mpg across the board would put it even with the two-wheel-drive Chevy Colorado V6, and two more across the board would match the two-wheel-drive Ford Ranger. Either improvement seems in the realm of possibility. Also, while the 2020 Frontier dropped the four-cylinder and manual transmission options to streamline the offerings, Nissan isn't saying whether those options will reappear for the new model, although the manual only had a 5% take rate.

The folks from Nissan also revealed that the 2021 Frontier will actually still share some components with the old truck. This supports what we've heard previously that this pickup is being specifically designed for the American market, and is not just an adapted, reskinned Nissan Navara from overseas markets. We're eagerly anticipating the new truck, and we'll also have a 2020 model with the new engine in for testing in a few weeks, so stay tuned for more Frontier news.