A global pact to stabilize oil prices has taken shape 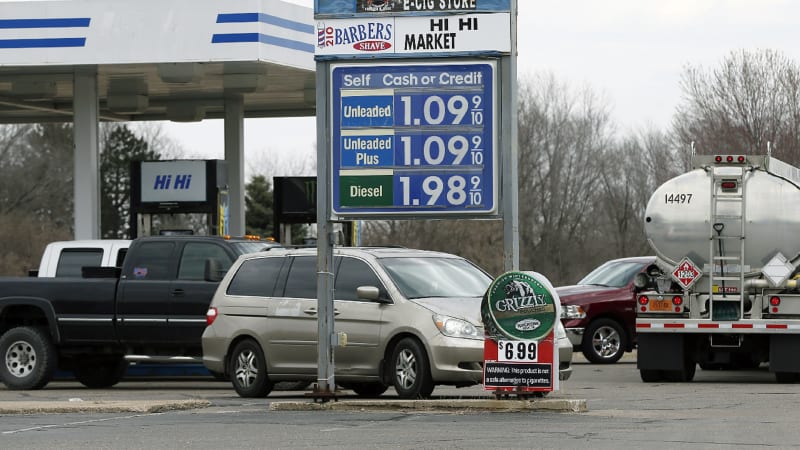 DUBAI, United Arab Emirates  — The OPEC oil cartel and nations including Russia have agreed to boost oil prices by cutting as much as 10 million barrels a day in production, or a tenth of global supply. More countries, including the United States, were discussing Friday their own cuts in what would be an unprecedented global pact to stabilize the market.

Mexico had initially blocked the deal but its president, Andrés Manuel López Obrador, said Friday that he had agreed with U.S. President Donald Trump that the U.S. will compensate what Mexico cannot add to the proposed cuts.

"The United States will help Mexico along and they’ll reimburse us sometime at later date when they’re prepared to do so,” Trump said at a White House press briefing Friday.

“U.S. production has already been cut, because we're a market-driven economy, and oil is very market-driven,” he said. “They’ve been cutting oil all over the place.”

The U.S. is already on track for a production decline of 2 million to 3 million barrels per day, said Dan Brouillette, secretary of the U.S. Energy Department.

Altogether, the agreements could cut production by 15 million barrels a day from May through June, Russian energy minister Alexander Novak said on state TV channel Rossiya-24. That's about 15% of world production. Such a move would be unprecedented both in its size and the number of participating countries, many of whom have long been bitter rivals in the energy industry.

The price of crude is down by over 50% since the start of the year and while that helps consumers and energy-hungry businesses, it is below the cost of production for many countries and companies. That has strained the budgets of oil-producing nations, many of which are developing economies, and it has pushed private companies in the U.S. toward bankruptcy.

Analysts warn even these proposed cuts may not be enough to offset the loss in demand over the longer term, as the coronavirus pandemic has decimated demand for energy around the world.

“COVID-19 is an unseen beast that seems to be impacting everything in its path,” OPEC Secretary-General Mohammed Barkindo said at the start of the meeting, according to a statement. “There is a grisly shadow hanging over all of us. We do not want this shadow to envelop us. It will have a crushing and long-term impact on the entire industry.”

More nations were expected to add to the effort, with Saudi Arabia chairing a Group of 20 virtual meeting of energy ministers on Friday to discuss the oversupply in the market. The meeting was expected to bring on board a wider number of countries, including the United States, as well as representatives of OPEC.

The United States is interested in a deal because the oil price crash has caused thousands of job losses in the oil patch just as the virus outbreak is causing a record spike in unemployment.

The oil market was already oversupplied when Russia and OPEC failed to agree on output cuts in early March. Analysts say Russia refused to back even a moderate cut because it would have only served to help U.S. energy companies that were pumping at full capacity. Stalling would hurt American shale-oil producers and protect market share.

Russia’s move enraged Saudi Arabia, which not only said it would not cut production on its own but said it would increase output instead and reduce its selling prices in what became effectively a global pricing war.

In the time since, prices have collapsed as the coronavirus and the COVID-19 illness it causes have largely halted global travel. International benchmark Brent crude was around $32 a barrel as of Friday while the U.S. benchmark West Texas crude closed under $23.

Russia relies on oil as the main source of income and the price collapse caused the ruble to crash. That boosted the cost of imports and sped up inflation.

The agreement is a win for everyone, the world’s economy would have “plunged into chaos” if the deal had been broken off, Peskov added.

Analysts nevertheless warn the proposed 10 million barrel per day cut for May and June will not be enough to offset plummeting demand for oil globally, and runs the risk of coming too late as storage capacity for oil nears its maximum. Even if North American producers took 5 million barrels a day off the market, there could still be an excess supply of 5-10 million barrels per day.

Research firm Rystad Energy estimates the imbalance for April is 27.4 million barrels per day. The firm says global storage of crude is already close to being filled to the brim, estimating that on average 79% of the world’s oil storage capacity is already full. Around 7.4 billion barrels of crude and products are in storage, including 1.3 billion currently on board tankers at sea.

Chris Midgley, global head of analytics for S&P Global Platts, said the proposed cuts are unlikely to have any significant impact on April supply, and thus run the risk of getting close to exhausting all available storage in May.

However, a cut of 10-15 million barrels per day is enough to prop up oil prices and helps to reduce strain on crude storage facilities, analysts said.