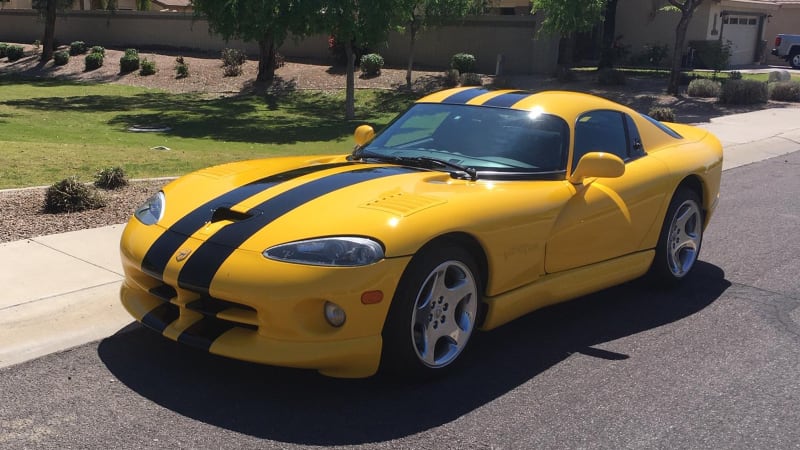 I'm an unapologetic fan of the second-generation Dodge Viper GTS to the point where I keep my eyes peeled for nice examples of the final years of its production. This Bring a Trailer listing landed in my inbox when it went live Tuesday morning, and from the limited photos and information provided, it seems like a reasonably clean driver, rather than a museum-quality piece.

For somebody who wants to experience a Viper that hasn't been beat on too extensively, this 6k-mile 2001 GTS may be just what you're looking for.

Apart from the iconic launch model in white-over-blue, these later-year coupes represent some of the most desirable examples of the earlier Viper. Unlike the first few model years, they were equipped with anti-lock brakes. They didn't do much to improve the Viper's ultimate stopping capabilities, but at least they allow for a little more control at the limits of adhesion.

The later second-generation cars also benefited from suspension development that came out of Chrysler's factory racing program, and while a GTS isn't quite as track-ready as the hardcore ACR model, these later examples are certainly better suited to it than those from prior years. Their frames were also better-reinforced than those of earlier models.

The listing notes that the car shows some interior wear, and the paint seems less than pristine in the (admittedly low-quality) exterior photos provided by the seller, but by all accounts, everything on the car is original and in well-maintained, running condition. It has lived in California and Arizona for its entire documented life, and the underside is nothing short of immaculate.