2024 Hyundai Kona revealed — bigger, bolder, and has a hybrid 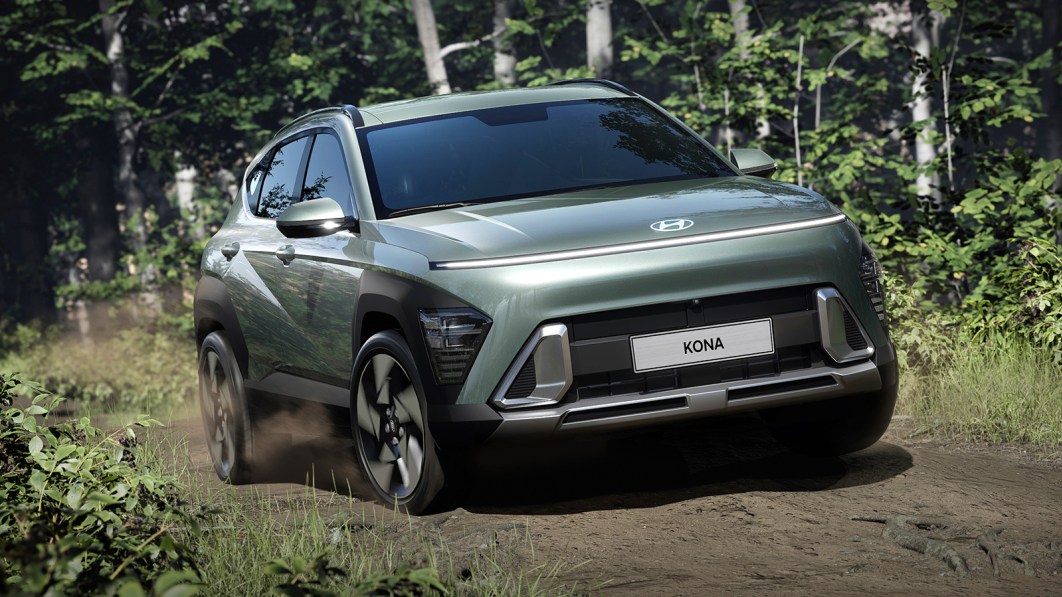 We've been seeing Hyundai Kona prototypes running around for some time, but Hyundai was surprisingly vigilant in keeping heavy camouflage on its next-generation subcompact crossover. The company wasn't teasing a date for it, either. So the sudden reveal of the 2024 Hyundai Kona comes as a bit of a surprise to us.

The design is clearly a blend of trademark Kona cues, such as the contrasting fenders, low-mounted headlights and pointy nose, and bits from the Ioniq line, particularly the Seven Concept/Ioniq 7. Some of those features include the full-width daytime running light signature, full-width taillights, and pixel motifs. The inside looks extremely similar to the Ioniq 5 and Ioniq 6 with a low, wide and simple dash and a pair of 12.3-inch screens for instruments and infotainment. It also adopts the column-mounted shifter of those cars.

There are substantial changes beyond the styling. The new Kona is quite a bit bigger at 6 inches longer and an inch wider. The wheelbase is just over 2 inches longer, too. Hyundai also claims that this Kona was developed first as an EV, and then adapted to accommodate internal-combustion engines. This should be good news on the packaging front. It will have an array of internal combustion options, as indicated by a regular model and an N Line in the photos. And for the first time, there will be a regular hybrid version.

Hyundai hasn't given any details on power, efficiency and other details. Those will come in the near future. We expect that information in the next few months in time for the new model year.