No more teasers, rumors or leaks, the 2023 Toyota GR Corolla hot hatch is here, and it's exactly what we hoped for: a bigger four-door GR Yaris that's actually coming to America. It's built in the same factory, and it has the manual transmission, the trick all-wheel drive and beefy body. And to top it all off, it has even more power.

As you saw from the headline, the turbocharged 1.6-liter three-cylinder now makes 300 horsepower at 6,500 rpm, an increase of 32 ponies over the GR Yaris sold in other markets. Torque remains the same at 273 pound-feet available between 3,000 and 5,500 rpm. According to Toyota, the extra power comes partly from the new triple-outlet valved exhaust. Apparently it's louder than the Yaris, too. 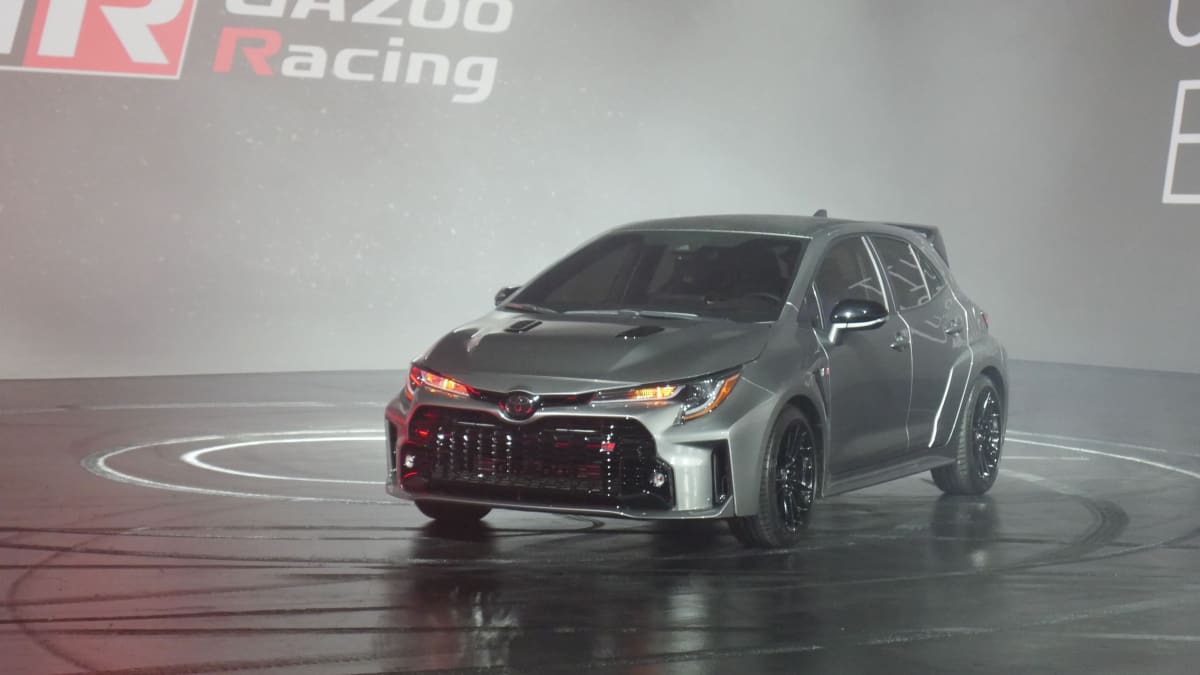 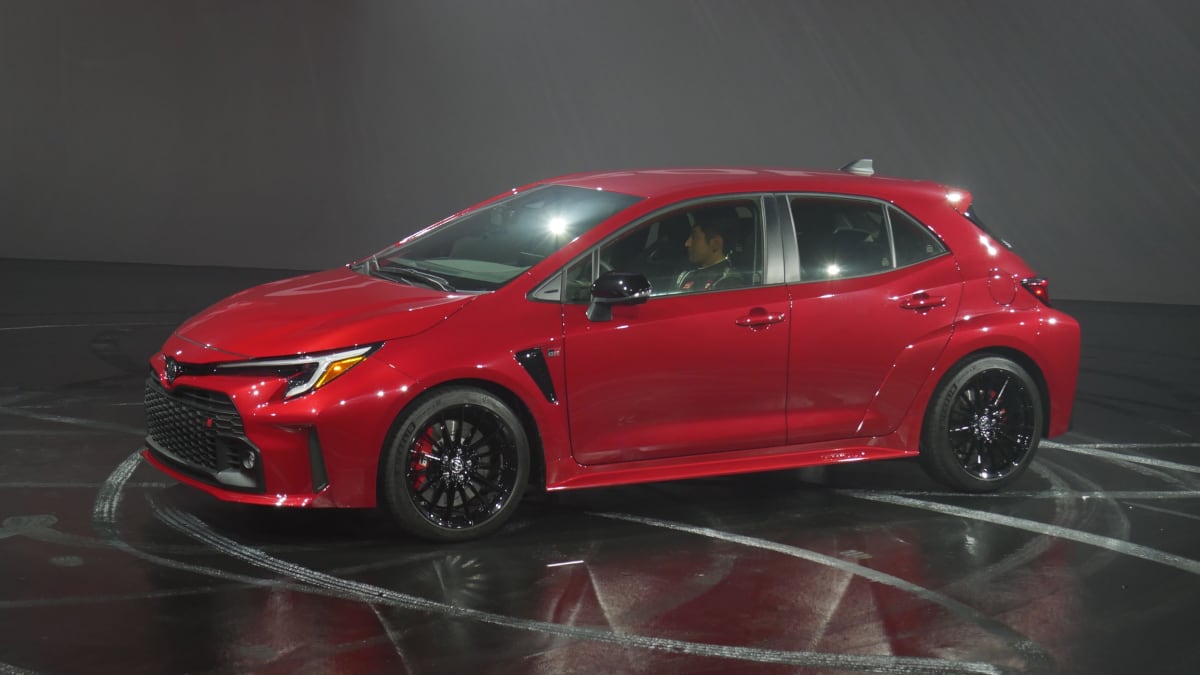 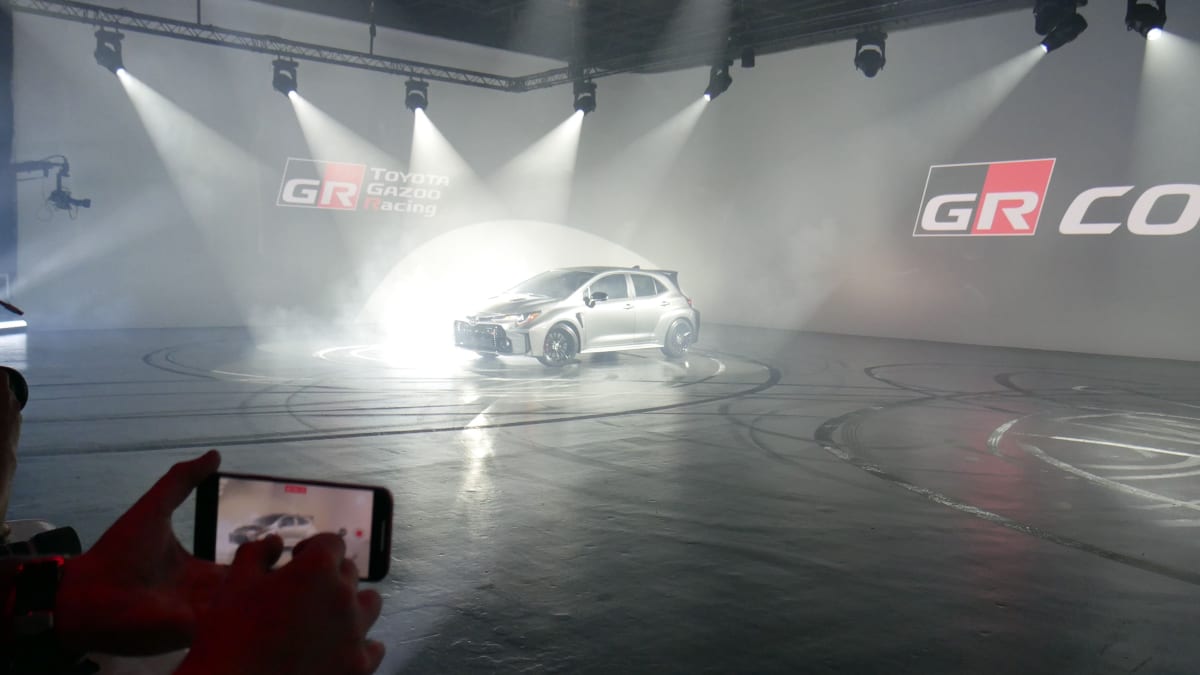 There's only one transmission available: a six-speed manual. And right next to the shifter is a physical handbrake, perfect for executing rally-style slides. Power moves from the transmission to an all-wheel-drive system with a variable torque split. It can be divided between 60 front, 40 rear; an even 50-50 split; or a rear-biased split of 30 front and 70 rear. Like the GR Yaris, the base model has open differentials front and rear, but limited-slip differentials are available in a Performance Package or as standard on the Circuit Edition (more on the trims in a bit).

All of this is housed in a much beefier Corolla body. All versions get a front grille closely based on the one from the GR Yaris. The front fenders are much wider with functional side vents, and huge fender flares have been added to the back. Connecting the fenders are wide side skirts with "GR FOUR" molded in. The rear features a big spoiler and the aforementioned triple-exit exhaust. The Circuit Edition gets extra flair with gloss black accents, a bulged hood with vents and a forged carbon fiber roof instead of painted. Inside the wider wheel housings are 18-inch wheels with 235-mm wide Michelin Pilot Sport 4 tires. 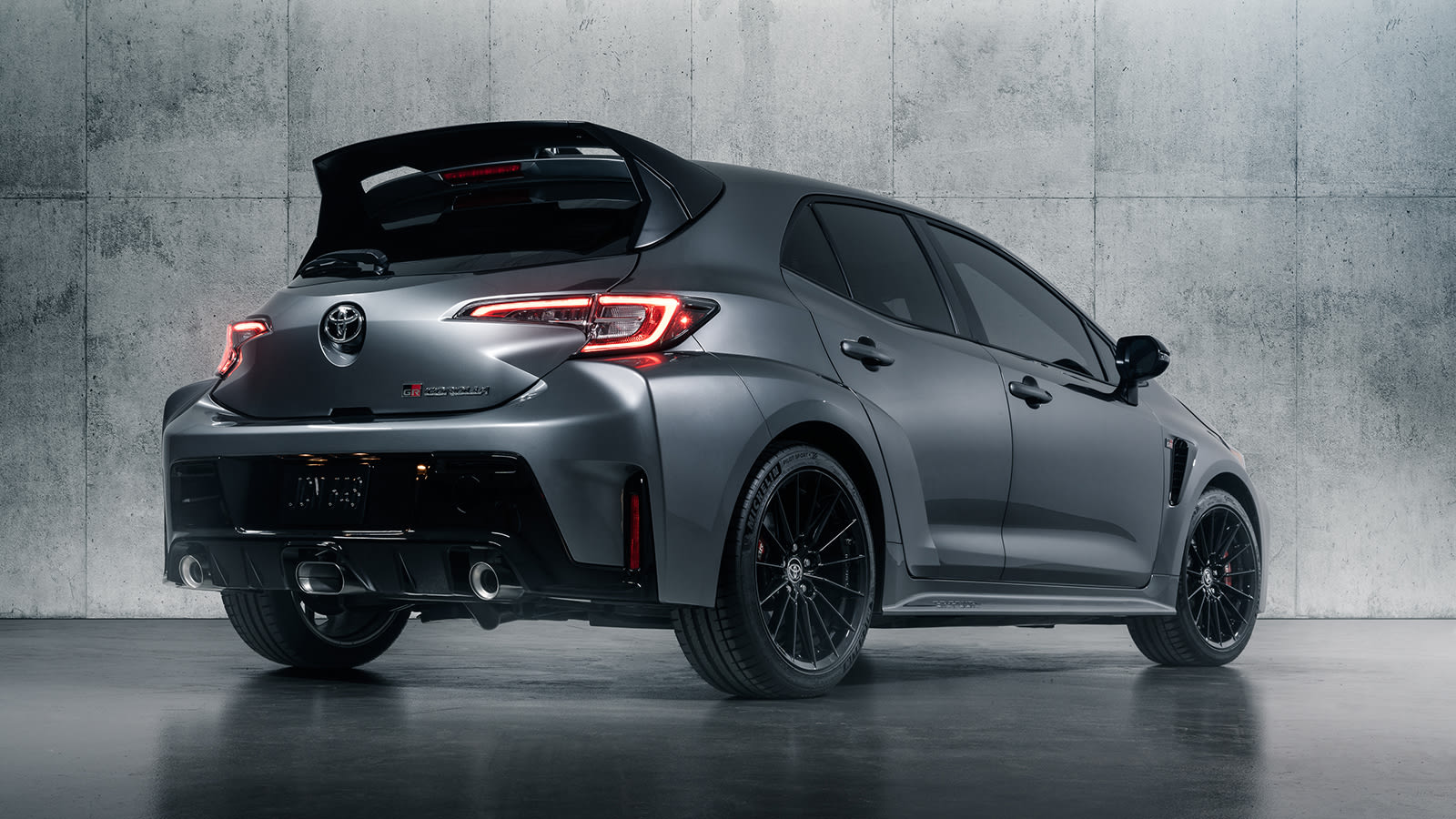 The chassis has been strengthened with additional welds and structural adhesives, and an aluminum hood and doors help with weight savings. Still, being a larger car with two extra doors means the GR Corolla is portlier than the GR Yaris. Curb weight is 3,249 pounds, a little more than 400 pounds more than the two-door cousin. But on the flip side, it's about the same weight as the less powerful Subaru WRX. It's also roughly 200 pounds lighter than the similarly powerful VW Golf R. 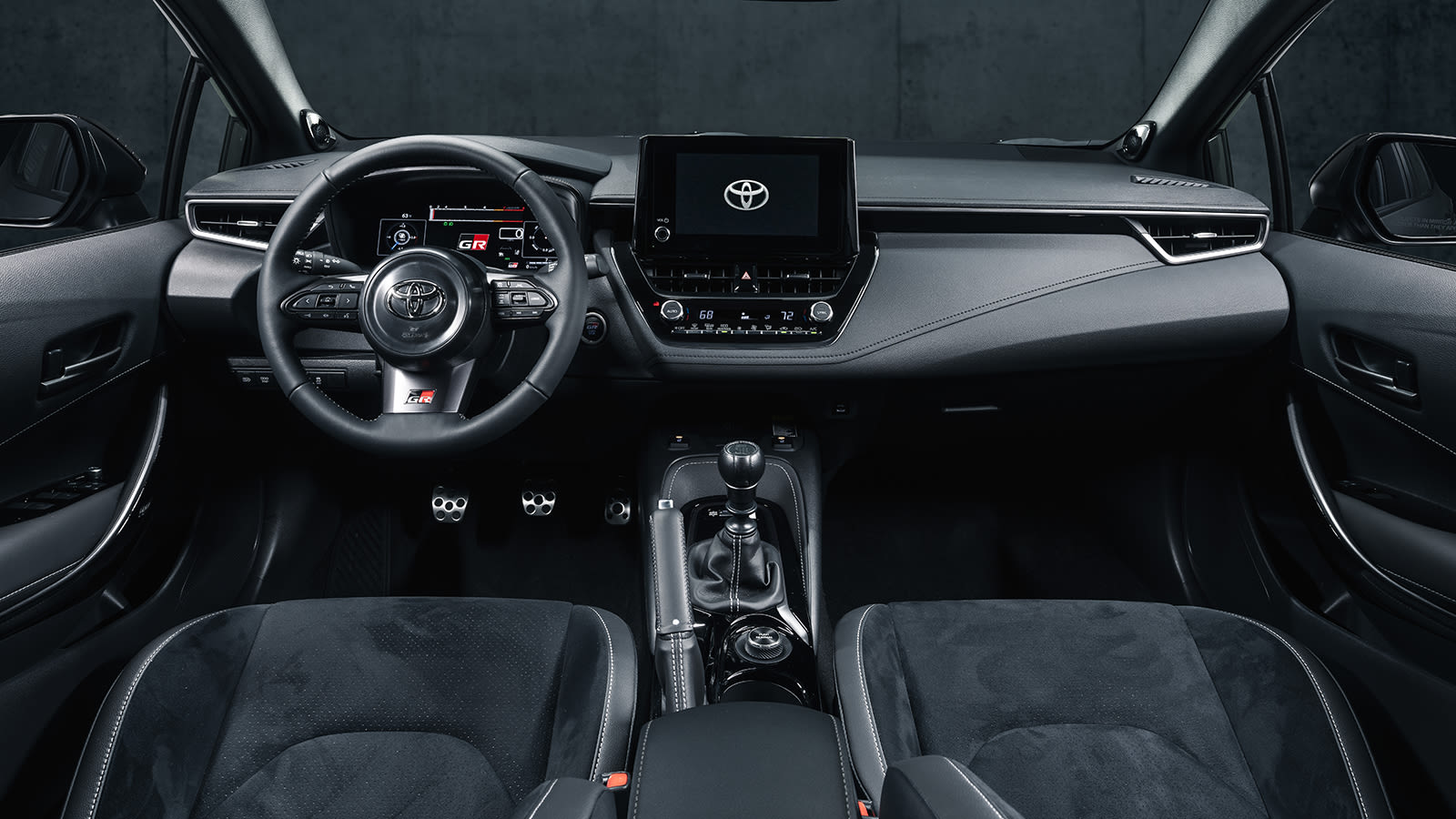 As we've mentioned, there are two versions of the GR Corolla for the first model year. The base is called the Core model, and it includes sport seats, black and gray interior accents, aluminum pedals, a 12.3-inch instrument display, an 8-inch infotainment screen with wireless Apple CarPlay and Android Auto and a six-speaker sound system. Standard safety features include automatic emergency braking with pedestrian detection, adaptive cruise control, lane-centering, blind-spot monitoring, rear cross-traffic alert and automatic high-beam headlights. On top of that the car comes with a one-year membership to National Auto Sport Association plus a High-Performance Driving Event with instruction. Available as options are the Performance Package with the limited-slip differentials; a Technology Package with navigation, wireless phone charging and JBL eight-speaker sound system; and a Cold Weather Package with heated seats and steering wheel.

The Circuit Edition is the other choice, and it's only available for the 2023 model year. In addition to the exterior enhancements, it comes with all of the above standard and optional features, while also getting a black and red interior, automatic climate control and a shift knob with the signature of "Morizo," a.k.a Akio Toyoda.

Pricing will be announced later this year, closer to when the GR Corolla goes on sale.