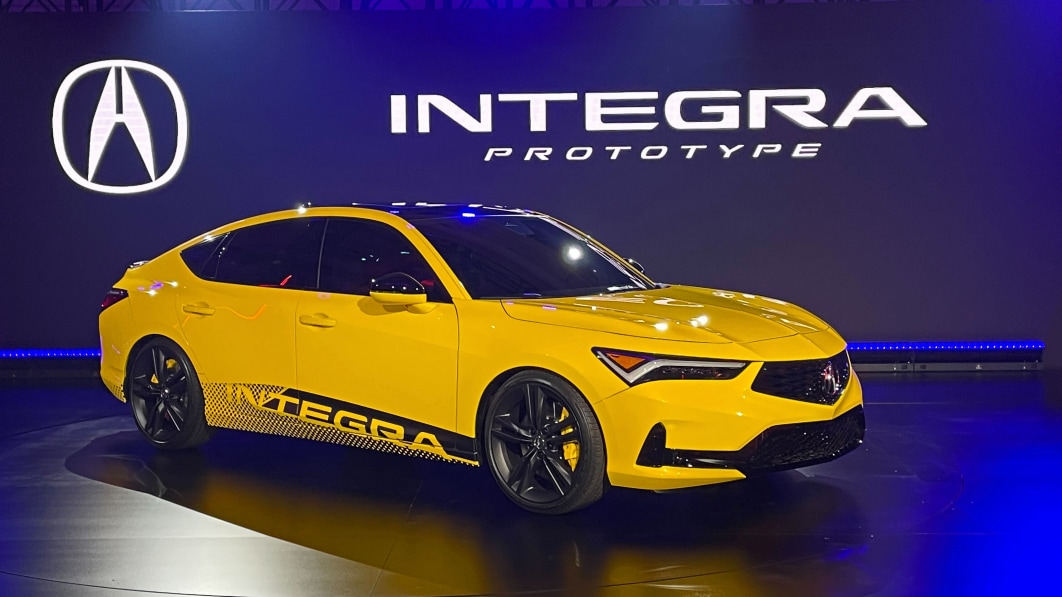 It's been a couple of decades, but the storied Acura Integra nameplate is returning to the road as a 2023 model. The Civic-based Acura sedan borrows the sporty Si's 1.5-liter, turbocharged 4-cylinder and 6-speed manual transmission with its limited-slip differential, though the exact specs still remain up in the air.

The prototype was shown in a new color dubbed "Indy Yellow," which pays homage to the iconic Phoenix Yellow finish offered on the Integra Type R. It rides on 19-inch five-spoke wheels over Brembo brakes.

“The Integra is one of the most iconic models in Acura's history,” said Jon Ikeda, vice president and Acura brand officer. “This new Integra will continue to deliver on the original's unique aspirational yet attainable market position, with emotional performance and style, combined with the versatility and utility sought after by today's buyers.”

While the powertrain may be borrowed from the Civic, it will likely be tuned slightly differently. It produces a nice, round 200 horsepower in the Si, and since Acura noted that it will be a "high-output" engine, we're expecting them to squeeze a little extra something out. Don't expect miracles, however; the Civic Type-R gets a 2.0-liter mill for a reason.

Beyond that, Acura is being tight-lipped for now, but a product planner told Autoblog that the Integra won't share a single body panel with the Civic. It's a couple inches longer than the Civic sedan. He suggested that we'd see a performance model eventually, and maybe it would be Type S, but no hard confirmation.

The planner also said that, as far as the trend toward retro models like the Toyota Supra or Nissan Z, Acura did not set out to design something retro. Instead, they wanted to make something that looked like what the Integra would have evolved into today, had it never been discontinued.

The grille sports the new look we can expect to see across the Acura product lineup, slightly refined from the existing look, and frameless.

Acura says the Integra will go into production in 2022 at its Marysville, Ohio, facility.