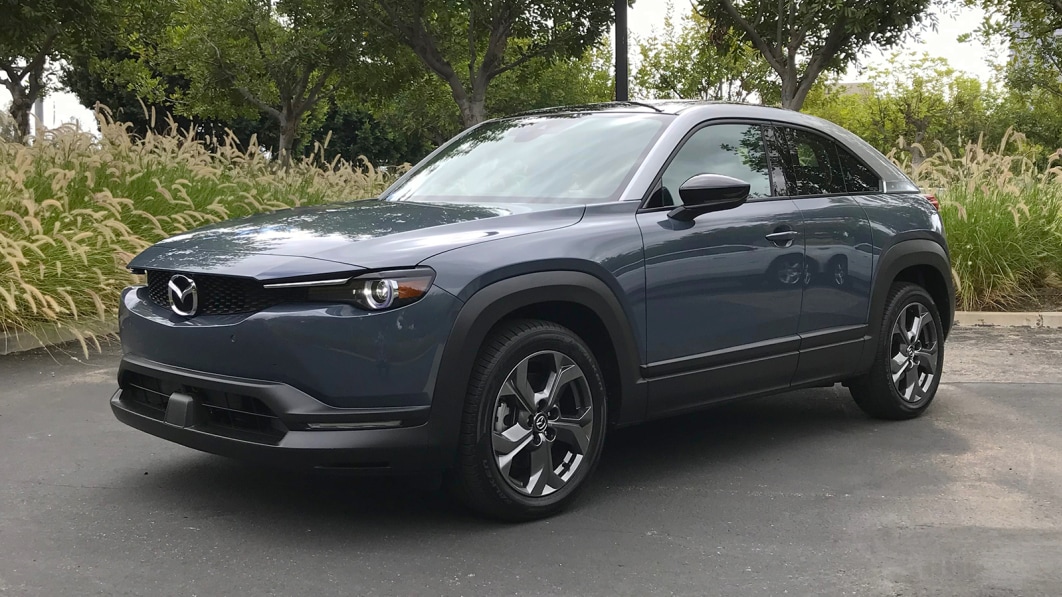 The odd life of the 2022 Mazda MX-30 electric car continues to be odd. Reports came out that it had sold out, which prompted a number of other questions about the model, particularly if that meant Mazda was calling it quits for the MX-30 in America. We reached out to the company and got some clarification, but the future of the car is still foggy.

The following is the response from a Mazda representative to our initial question about the sales and future models:

"The introduction of 2022 MX-30 EV in California was successful, and the model sold out in July. Five hundred and five of the planned 560 units were sold for the 2022 model year. The 2022 model year MX-30 production and U.S. sales were moderately impacted by production shortage.

"Mazda has not shared any new updates on this model. We cannot comment on future products but look forward to sharing further details regarding our electrification strategy soon."

We understand that to mean that Mazda has sold every 2022 MX-30 it was going to make for the U.S., and it would have hit the 560 production target if it weren't for production issues. When pushed for just a confirmation of a 2023 electric model, not even the supposedly still planned range extender, the representative replied thusly, "Mazda hasn’t yet shared any information on the 2023 model year MX-30. We will share further details regarding our electrification strategy soon."
That almost seems like a confirmation that there's another model year of the MX-30 coming, potentially with the plug-in hybrid. And that hybrid is slated to appear sometime next year. But it's also vague enough to leave Mazda some wiggle room if it decides to back out of the model for the States.