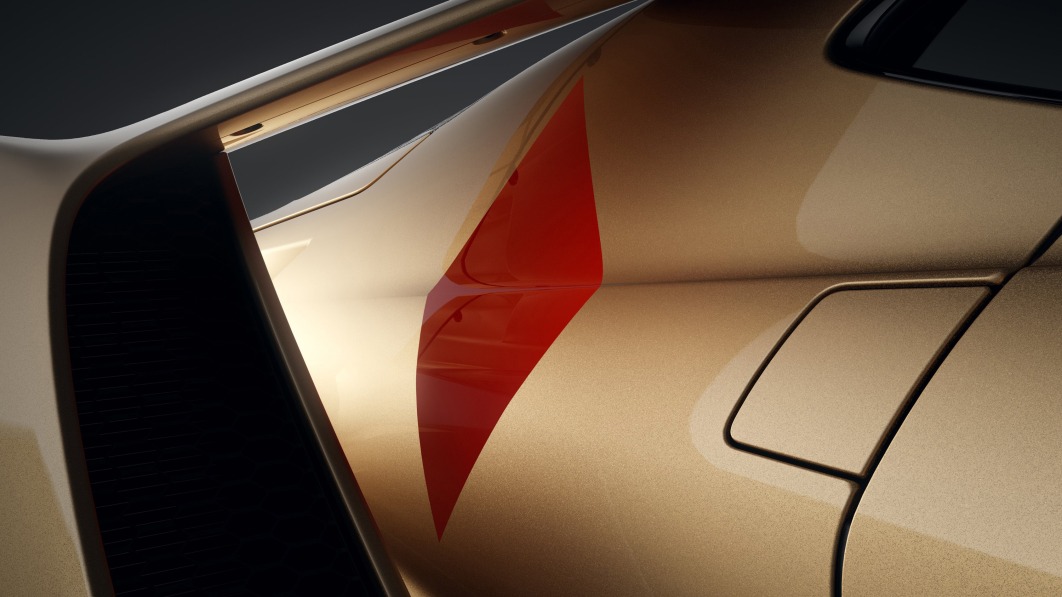 The Ford GT is reportedly ending production this year with the full allotment of 1,350 cars built. The automaker is loading up on special editions for the run to the finish, revealing the 1964 Prototype Heritage Edition last August, the Alan Mann Racing Heritage Edition last month, and now teasing a Holman & Moody Heritage Edition. This throwback celebrates one of the major partners in Ford's Le Mans effort, the North Carolina shop Holman & Moody Racing that prepped NASCAR racers for Ford teams. The outfit gets less publicity than Shelby — the fate of just about every other collaborator once Shelby shows up — but the tuners helped develop GT40 MkII vitals like the 427-cubic-inch engine and the braking system. Their entry, the #5 driven by Ronnie Bucknum and Dick Hutcherson, finished third at the 1966 24 Hours of Le Mans behind the Shelby American cars.

A legendary supercar and legendary name from our racing past meet again this spring.

The teased GT only gives away the traditional Holman & Moody livery colors of gold and red, and a roundel bearing the number 5. We expect the formula for this coupe won't change from previous the previous retro treats, with colors and special accents inside being the extent of the changes.

What's wild about this heritage edition appearing at this time is that not even two weeks ago, an owner listed his personal 2020 GT done up in a Holman & Moody tribute livery for sale on Collector's Garage. The owner had asked Camilo Pardo, who designed the 2004 Ford GT, to create the design, then had the car painted in Atomic Gold with white and pink accents, finished with a set of custom green HRE wheels. And yes, it was painted, not wrapped. It's still for sale for $1.2 million.

The official 2022 GT Holman Moody Heritage Edition will be less than half that, for those who can get it. Ford says the debut comes this spring, which isn't far away.