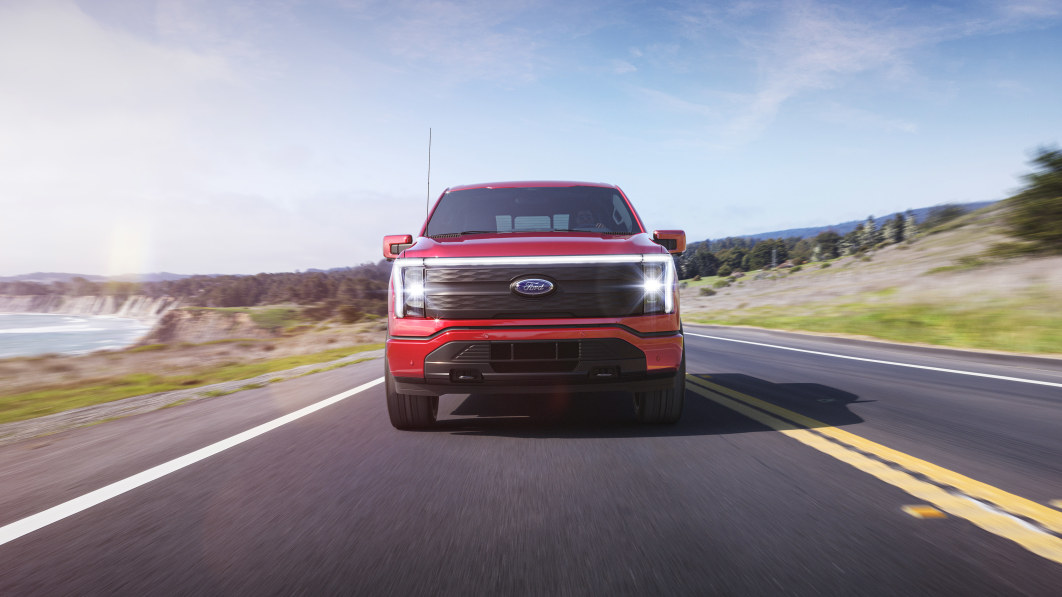 Official EPA range and efficiency numbers for the 2022 Ford F-150 Lightning are still not posted to the EPA’s website, but photos of window stickers posted to an F-150 forum may have just given it up.

The monroneys for a bunch of different trims were posted online by an intrepid forum member. We’ve cataloged the numbers in list format for your viewing below.

Assuming these window stickers are legit (and they appear to be so), the extended range F-150 Lightning trims under the Platinum have an EPA range rating of 320 miles. Stepping up to the top-dog Platinum loses you 20 miles. Meanwhile, the standard range Pro has 230 miles of range. If you recall the initial reveal, you’ll know that the 230-mile range and 300-mile range are exactly the same as Ford predicted for its standard range and extended range battery packs respectively. However, it’s great to see that getting the non-Platinum trucks net an extra 20 miles of range. Basically, there are only good surprises, and Ford appears to have nailed it with its estimates.

In addition to the overall range ratings, the monroneys list efficiency. The most efficient F-150 Lightnings are the non-Platinum extended range models, and they’re rated at 70 MPGe. That would place it as the fourth least efficient EV available today going by the EPA’s list of electric car efficiency ratings. It’s a touch better than the Rivian R1S, but tied exactly to the Rivian R1T. Predictably, the Platinum extended range version is slightly less efficient, as it comes in at 66 MPGe. The standard range Pro splits the difference at 68 MPGe.