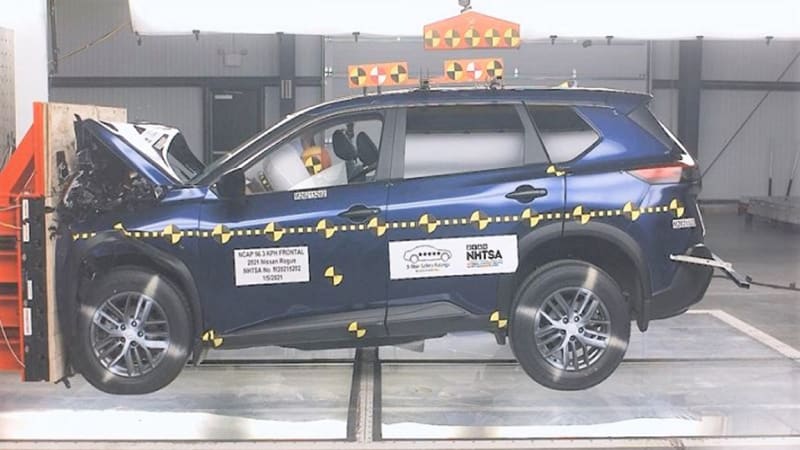 This lukewarm performance comes on the heels of more bad news for Nissan's latest models. Not only does this represent a regression for the Rogue's crash test scores (the 2020 model received four stars in the same test), but it's the second new model to get a dicey result in the passenger-side front crash test. The 2021 Sentra was awarded only three stars for its performance. The Insurance Institute for Highway Safety, on the other hand, named it a "Top Safety Pick," further highlighting the differences in the two organizations' testing procedures.

Recent changes made to the 2020-2021 Titan also resulted in a poorer result during IIHS passenger-side small-overlap crash testing. While Nissan's changes to the cab structure and addition of knee airbags all sounded like good news on paper, it appears that some of those structural changes had unforeseen consequences.

Our friends over at The Car Connection (who spotted the rating Friday) noted that NHTSA tested a Rogue that was assembled in Nissan's Kyushu Plant, and the score applies to all examples built there prior to Jan. 28, 2021. America's Rogues will come from Nissan's Smyrna, Tenn., facility. It is not unheard of for manufacturers to make changes to new cars after such crash test results (or for IIHS and NHTSA to re-test them when they do so), so it's entirely within the realm of possibility that Nissan already has a solution in the works.