Recently I wrote an opinion column about how too many cars are too fast to actually enjoy. Then I got a fast car in my driveway that bucked the rule. Like I said then, when a car has speed, I don’t want to be isolated from the experience. I want to feel it.

Then I got my first really quick car I’d had in a while. The Mercedes-AMG E 53 Coupe, with 429 horsepower and 384 pound-feet of torque, isn’t as superlative of a performance machine as, say the BMW M8 Competition Gran Coupe (review coming soon), but with a 0-60 time of just 4.3 seconds, it’s not a slouch by any means. But I wasn’t convinced I’d enjoy it as deeply as I would something with a less-potent powerplant — these Euro luxury brands do have a tendency to isolate the driver from the sounds and forces at play. But before I could find out which way this AMG would break in terms of the balance between speed and involvement, I’d have to spend some time learning my way around it. And that time was unfortunately interrupted.

I spent most of my first couple days with this car fiddling with the countless flashy pieces of tech in front of me. It’s a little off-putting at first, but the digital dial on the steering wheel ignites one’s curiosity and invites you to explore what it has to offer. It does, however, take a while to get used to all the controls in front of you, and my first drives felt like I spent more time acclimating myself to them than actually enjoying the car.

But as I first drove the E 53 around Ann Arbor, taking the long way to make brief stops I could pass off as errands, I found myself clearing my throat. That was just the start. For the first time in a year and a half, I was sick and would remain sick for damn days. That meant the AMG would sit grudgingly parked in the driveway until Monday, when I finally woke up feeling better. Unfortunately, that was also the day the E 53 was getting picked up. As soon as I was up and dressed, I headed out the door, skipping coffee but grabbing my camera. I fired it up, and headed to roads I knew would be empty. 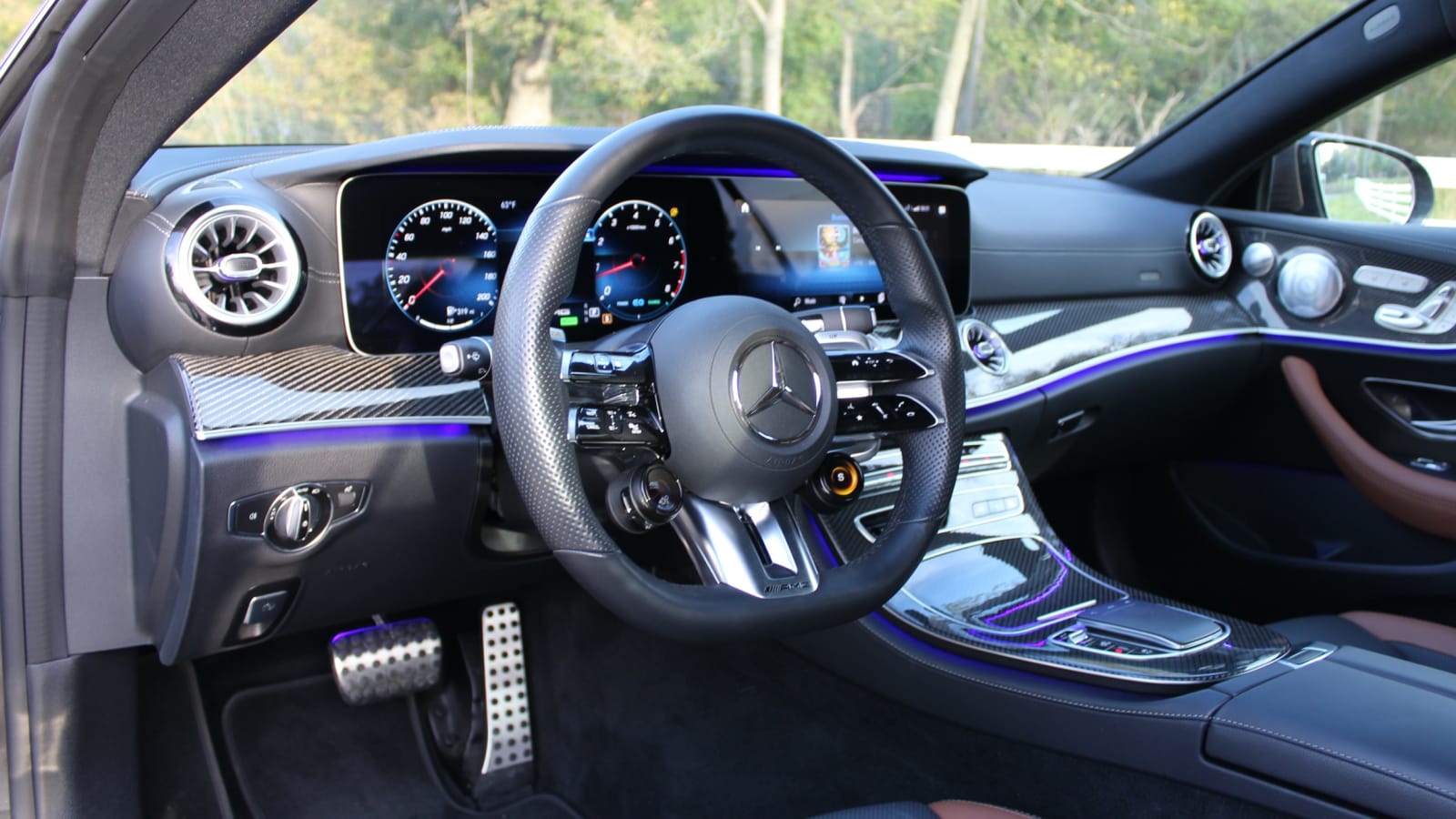 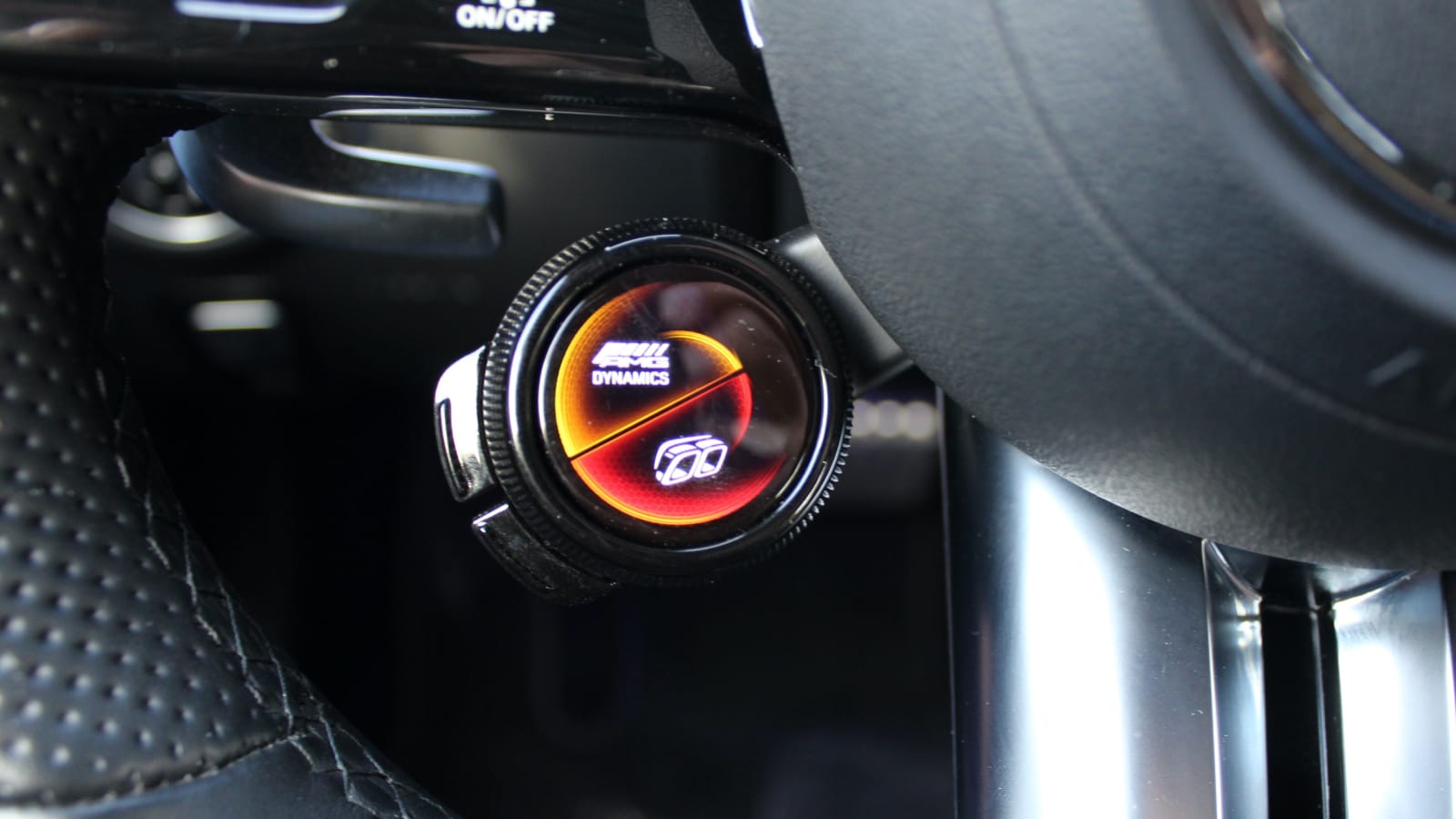 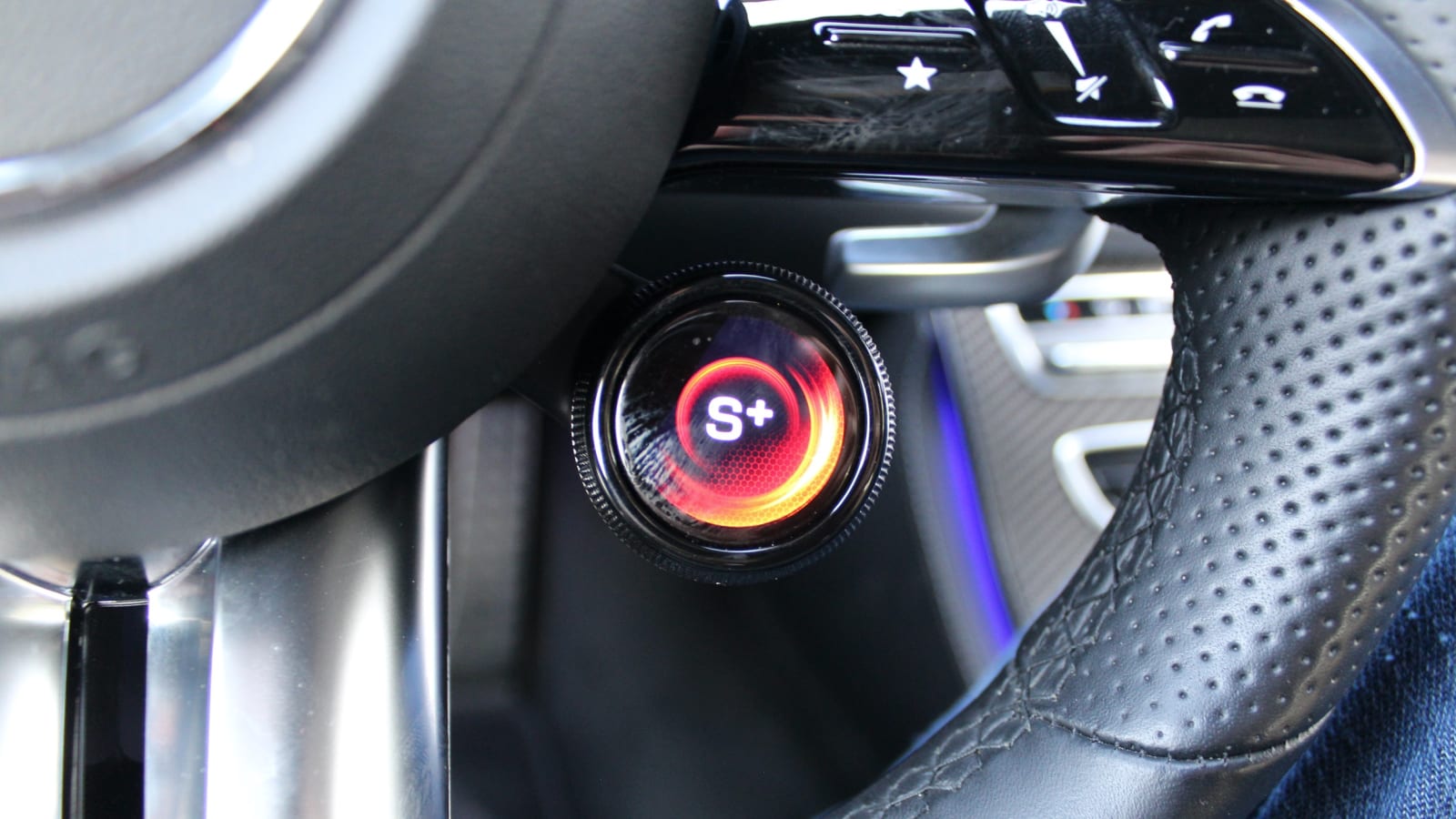 The coffee wasn't really needed as the sound of this machine’s turbocharged 3.0-liter inline-six was a more-than-ample wake-up call. I could hear — and even feel — the lively crackles and flutters of the AMG performance exhaust from the driver’s seat, and they worked to get my heart pumping. Driving on some of my favorite backroads, the E 53 woke up my soul, and the world awoke with me. I watched as black squirrels stood up and took notice, as sleepy cows broke their fast, and as herons, necks bent in the mist, lifted a single foot as I passed their dewy pastures.

This car doesn’t isolate the driver like other premium cars do. At speed, I could hear the road scrabbling past just below the door sill, even on smooth highway. It telegraphed the car’s relationship to the road surface which, thanks in part to the 4Matic all-wheel drive, is a strong one. With responsive steering — and a responsive accelerator, responsive brakes and responsive paddle shifters — it’s well tuned to driving with gusto confidently.

If Mercedes offered a version of this car without the touch controls and digital doodads, it would be a purist’s dream come true. Frankly though, after the tech 101 class from earlier in the week, I could ignore the shiny things and lose myself in the drive.

It turns out the time I had thought was wasted in humdrum driving the previous week was just a prep course for this brilliant morning. The previously befuddling digital dials and buttons on the steering wheel were no longer a handicap, but an easily reached key to quickly unlocking the car’s potential. Using them to switch to Sport+ and maximize the exhaust volume awakened the car as much as it did me. 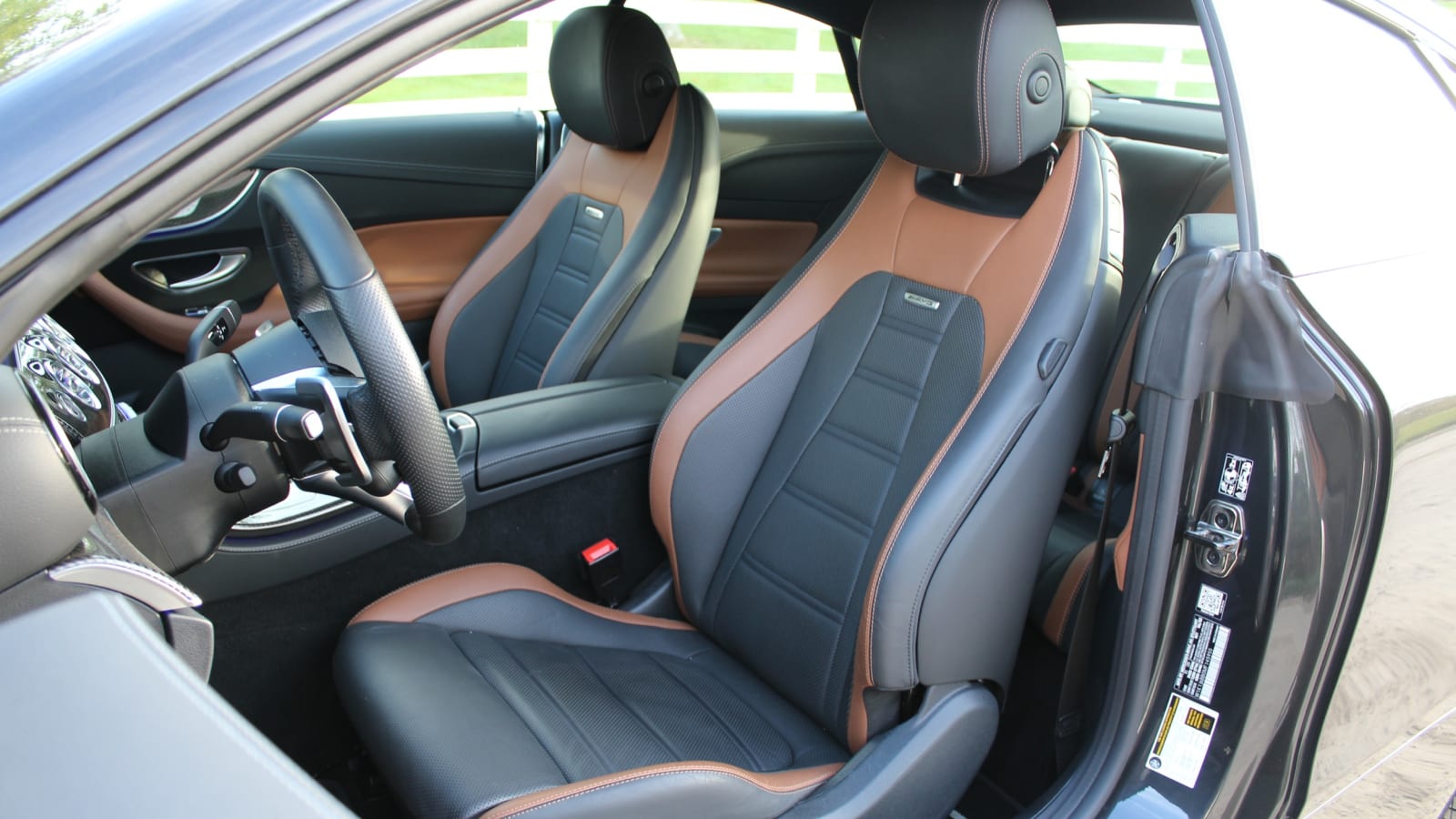 Plus, the car is gorgeous, and with $23,000 in options, there are even more details to take in. The carbon fiber and glossy black elements feel right at home, inside and out. The brown and black Nappa leather provides a sense of opulent athleticism. The big digital displays are flashy, but do add to the overwhelming techy feeling inside the car. After soaking it in for a while, everything seems like it has its place. It’s a nice car to sit in, or like I had done most of the week, to admire in the driveway.

Recently, in a Spend My Money segment of an episode of the Autoblog Podcast, I told a listener that their last ICE purchase might as well be a V8. I take that back. One of the last, best gas-powered powerplants you could clutch to yourself would be this boosted I-6. In this car. If you want to feel a part of something — even something quite quick — this could easily be it. The E 53 is the perfect rebuttal to my “slow cars fast” opinion piece. Don’t let the fancy tech fool you, this car is more about the driving experience than anything else.