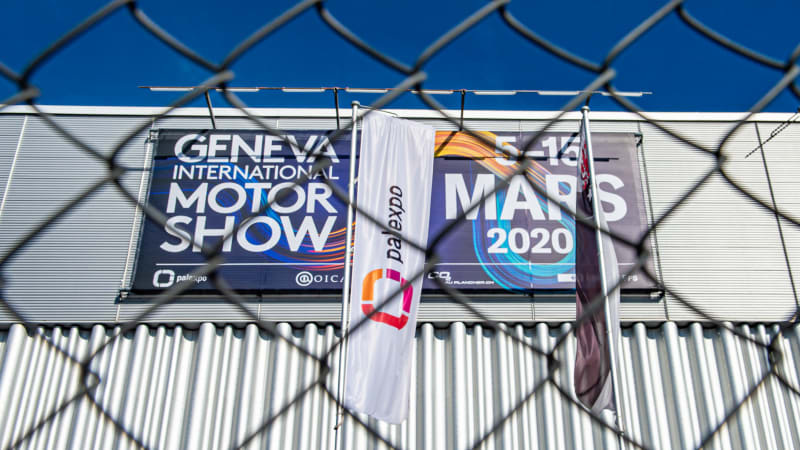 This year has seen pretty much every auto show on the planet cancelling as a result of the novel coronavirus pandemic. One of the first was the Geneva Motor Show, which had to shut down at the last minute as the pandemic hit Europe. Now the organizers are cancelling next year's Geneva Motor Show well in advance for health and participation reasons. It's also facing some financial problems.

One obvious reason for canceling next year is the continuing coronavirus concern. It's still unclear when a vaccine or effective treatment will be available, and having thousands of journalists and attendees coming to an indoor event and crowding together is likely a bad idea. Besides that, the organizers of the show surveyed manufacturers, and many of them reported that they would sit out the Geneva Show next year if it were happening. So even if a show was happening, there might not have been many exhibitors to flesh it out.

This also leads us to the financial issues the organizers of the Geneva Motor Show are facing. With the show closing suddenly this year, after many exhibits had been set up, it didn't have a way to recoup expenses. The organizers reached out to the local government for a loan to cover the shortfall and prep for a future show, and the government put together a proposal for a 16.8-million Swiss franc loan, but the organizers' weren't pleased by the terms. The proposed loan would require hosting a show in 2021 and a minimum repayment of 1 million francs by June 2021. And since the show isn't happening next year, that would mean the organizers wouldn't have revenue to start paying off the loan.

So what's the plan to make up the show's losses and prepare for a 2022 show? The organizers have proposed selling the show to the Palexpo SA, the organization that operates the convention center where the show takes place. That proposal has not yet been accepted, so the future of the show is murky. There is reason to believe that the sale will go through and the Geneva Show will return in 2022, though. The organizers point out that the Geneva Show is the largest public event in Switzerland, and is thus important economically. We suspect many automakers, particularly smaller cottage industry and supercar builders, want the show to continue, as it's a great place to find investors and new customers.