Details of the larger, more powerful, more technologically advanced 2021 Audi A3 sedan have been revealed. The new model, slated to hit European showrooms this summer, is new from the ground up and packs all-new tech and powertrains in a sleeker, roomier package.

2021 marks the introduction of the second generation of Audi's compact, VW Golf-based sedan. While the A3 nameplate goes back to the 1990s, the sedan model only debuted with the third-generation A3 that is currently on sale. Like the BMW 2 Series (and the previous-generation 1 Series) and the Mercedes-Benz A-Class, the A3 was originally introduced to fill the entry-level void left in Audi's lineup as the A4 grew out of its compact footprint (and its compact price tag). 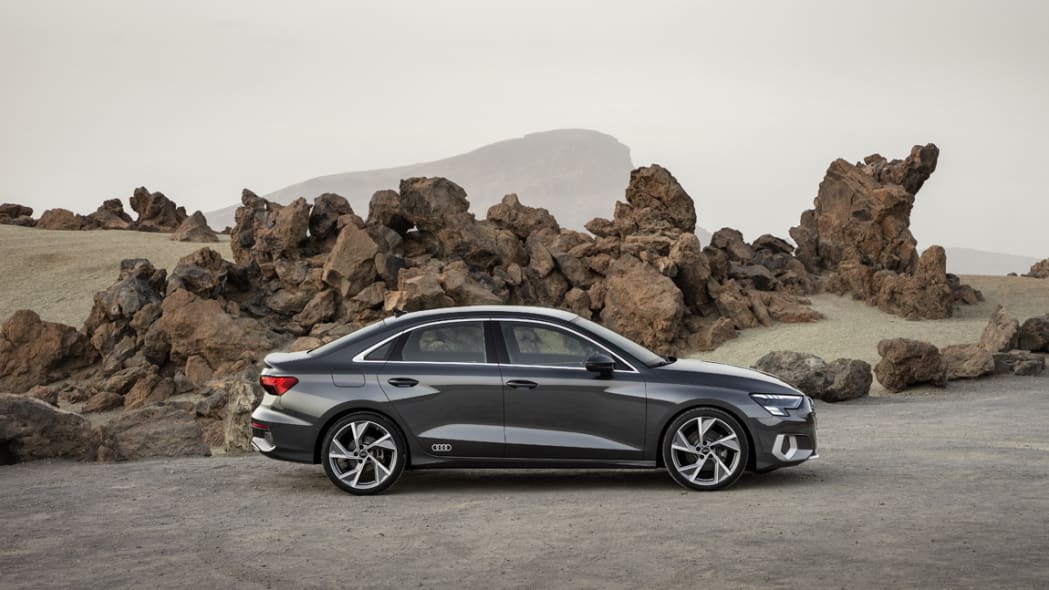 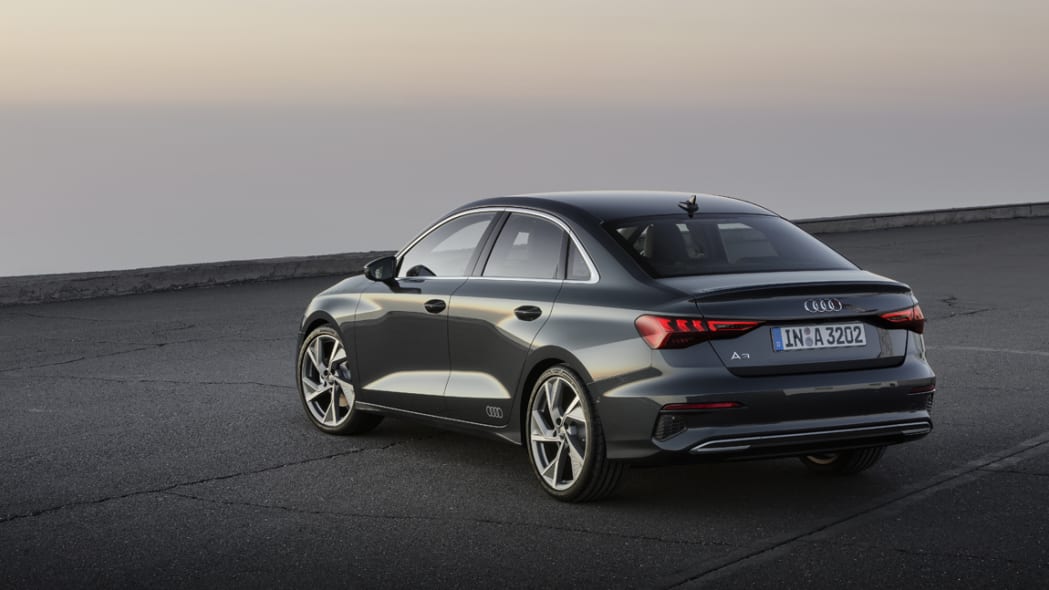 Audi says the new A3 sedan boasts coupe-like styling, but to our eyes, the greenhouse taper isn't all that aggressive, which should be good news for those who occasionally (or, if you're feeling extra European, frequently) carry around rear-seat passengers.

Today, Audi is sharing the specs of the European-market A3, which will be offered with multiple gasoline and diesel engines. In Europe, the initial gasoline offering will be the A3 35 TFSI model, which will pack a turbocharged four-cylinder producing approximately 150 horsepower. A three-cylinder model, dubbed the 30 TFSI, will follow, making about 115 horses. Diesel models with similar outputs will also be offered in Europe. The 48-volt mild hybrid system contributes nearly 37 pound-feet of torque, which should feel substantial in such a small package.

So far, it appears that only models with Audi's dual-clutch "S tronic" transmission will be fitted with the 48-volt system; those with manual transmissions will not. For the American-spec model, the A3 will likely follow the two-tiered powertrain format of the current car, only with a bit more power from each. 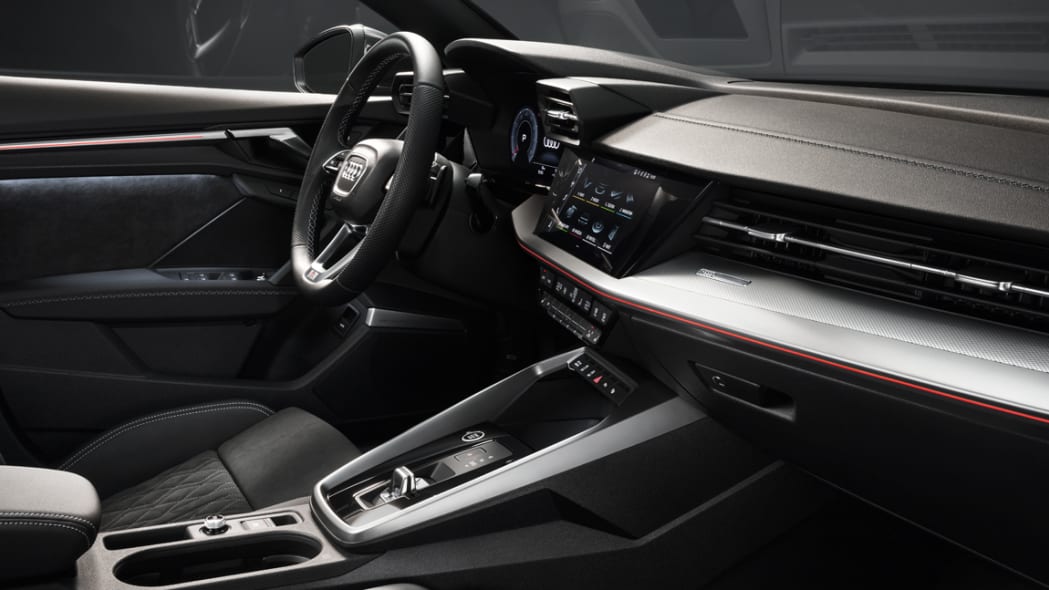 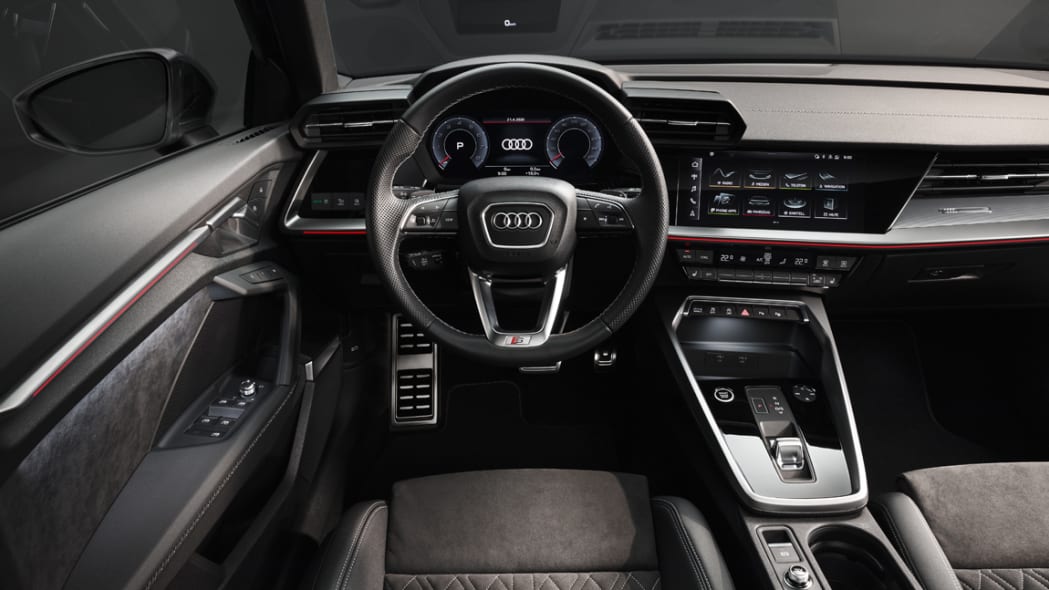 Inside, the new A3 gets Audi's Virtual Cockpit with a customizable 10.25-inch cluster display as standard equipment. It can be upgraded to a 12.3-inch screen on higher-end models. The A3 also gets the third-generation MIB infotainment system, which Audi says packs 10 times more computing power than the previous generation. It is available with both an LTE connection and in-car WiFi hotspot.

Gone are the rounded air vents and generally soft interior lines of the current A3 model. It's now all straight lines on the dash. It may not be everybody's cup of tea, but it certainly looks modern.

Here in the States, we expect the A3/S3/RS3 hierarchy to continue into the model's second generation. A plug-in hybrid model is also expected to return to the lineup, likely branded as an e-tron variant. This model may be the only one offered as a Sportback rather than a sedan for American consumers, but we've yet to get hard confirmation on the details of that release from Audi.

We expect to get full specs on the U.S.-market model later this year. Stay tuned.