Autoblog’s long-term 2020 Volvo S60 T8 is a 400-horsepower plug-in hybrid. It’s quick, it’s frugal, and it’s comfortable, but a lot of what makes it special is its powertrain. Hybrids are happiest around town; plug-in hybrids especially so. To truly realize the benefit of a PHEV, you’re best off treating it like a pure EV, plugging it in whenever possible to maximize its electric range.

On a road trip, however, a PHEV comes into its own in a different way. Unlike an EV, you don't need to plug it in (or more accurately, it would be ridiculous to plug it in since it can only go 22 miles on a charge). Under normal circumstances, that would mean time saved waiting around at a charging station. Under current circumstances, waiting around somewhere could have even graver consequences.

So, to see how the S60 T8 does out on the open road when its electrification is less of a factor, I drove the S60 in early March from the northern suburbs of Detroit to Annapolis, Md. It’s a round trip of a little more than a thousand miles and one I’ve done, in pieces at least, more than a dozen times and in all sorts of different cars.

Some make the trip more difficult. Cumbersome, finicky adaptive cruise control systems and transmissions with poor shift logic can make climbing and descending the mountains of western Pennsylvania more difficult than it needs to be. I’ve cursed more than one chariot for its uncooperative behavior; praise is far more rare.

And that’s what makes the S60 special. Although its all-electric range makes it most relevant around town, Volvo’s compact luxury sedan is still a rock star on the highway, and that’s because its engineers decided to let drivers decide just how much --- or how little --- they want the car to participate in the driving process.

If you’re like me and you prefer classic cruise control to the advanced sensor-guided systems that are all the rage these days, you can toggle between them. Want adaptive cruise but not lane keeping? No problem.

The S60’s master settings page can be a little intimidating at first, but that’s because it allows so much personalization. Everything from the individual collision warning and vehicle detection features right on up to the behavior of the hybrid charging system can be customized. 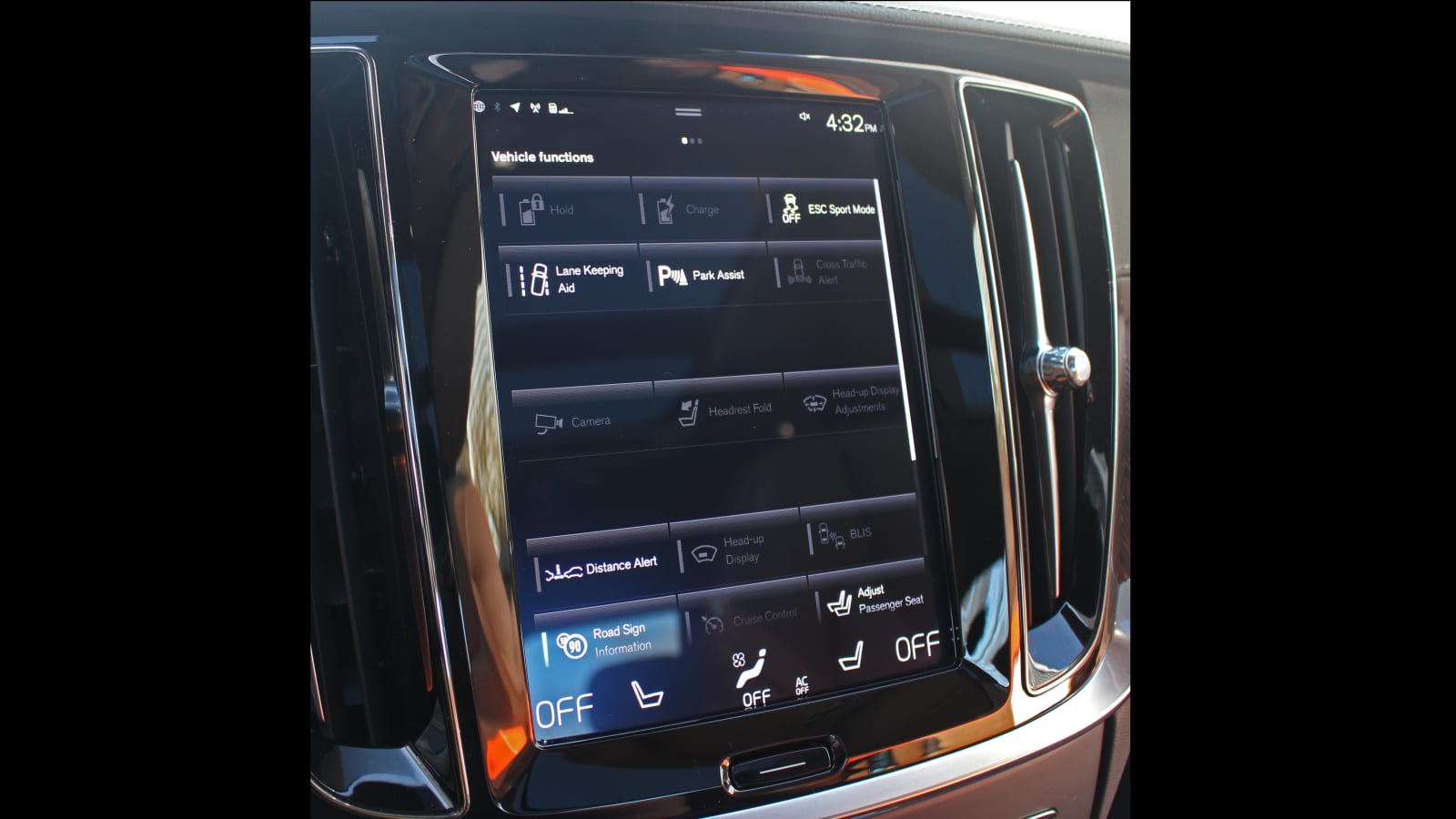 The S60’s customization goes beyond just the driver aids, too, and if you get time behind the wheel of one of Volvo’s new cars, I encourage you to take the time to set everything up just the way you like. While the UI is sometimes clunky and boot-up can be a painfully lengthy process, this system is incredibly robust. Much like the early versions of Ford’s Sync software, its impressive capabilities are often overshadowed by its idiosyncrasies.

Unlike other manufacturers that allow for some level of individual tailoring (looking at you, Mercedes-Benz), Volvo was kind enough to put all of these toggles under one roof. Sure, it may seem like information overload, but considering the fact that some competitors stick these choices on a mix of physical buttons and deeply buried infotainment menus, the one-page approach is positively refreshing.

After all, personalization is a key component of luxury, and while Volvo may not have the cachet of some other premium brands, the company still knows how to deliver a tailored experience. That counts for a lot.