1986 Honda Accord AeroDeck is one sweet shooting brake, and it's for sale 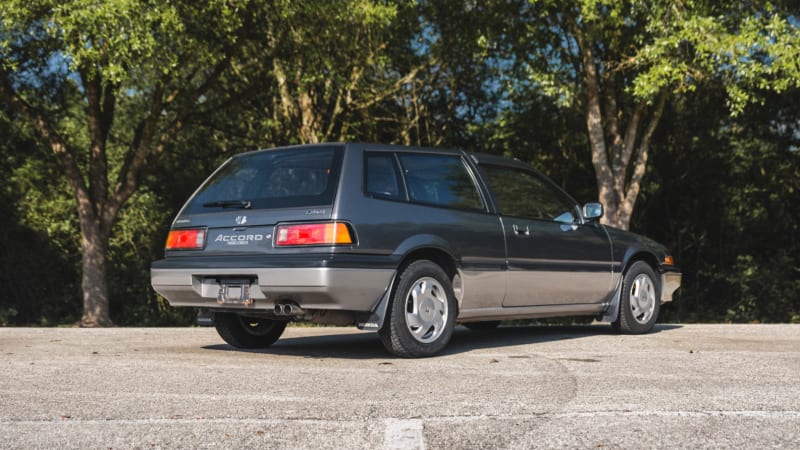 Attention to Honda and longroof fans alike. And frankly, anyone who is into the rad era of automobiles. There is a 1986 Honda Accord AeroDeck for sale on Bring a Trailer right now, and it's very much rad.

For the uninitiated, the Accord AeroDeck is a shooting brake from Honda that wasn’t sold here. While we made do with the Accord sedan and coupe body styles in the '80s, some lucky folks on the other side of the ocean were cruising around in these stylish and super utilitarian Hondas. They weren’t cruising around all that quickly, though.

This AeroDeck for sale is an LXR-S model that’s powered by a carbureted 1.8-liter four-cylinder engine. According to some old-timey internet forums, it made 128 horsepower back in the day. Hey, that ain’t that bad! Cars were light back then — this one weighs less than 2,500 pounds. It’s also shifted with a five-speed manual, and like other old Hondas, we’re sure it’s a joy to row through the gears.

The appeal to the AeroDeck is in the shape, though. You can ride around in a slick two-door, but still have enough room for friends and a load of picnic supplies behind them. That is infinitely cooler than the gaggle of small crossovers available these days, but those have four doors. People tend to like that.

This car certainly checks plenty of the requisite boxes one might desire in a 1980s Honda. It has pop-up headlights. “Accord AeroDeck” is spelled out in a neat, retro font on the hatch. And there’s plenty of weirdness, too. The hatch doesn’t open where it probably should. Instead, it opens part way up the rear end, just above the taillights. That’s not convenient for loading and unloading. However, the hatch extends into the roof way further than normal. So, Honda has just moved everything upwards, and it looks far more interesting with the hatch open now than it would otherwise. We’ll call it a win.

Since this car was imported from Japan, it’s also right-hand drive. Somebody has worked hard to keep it on the road for a long time, as it has 149,000 miles on it — not an easy feat in Japan’s strict vehicle regulatory environment. The Bring a Trailer auction ends April 10 for you Honda geeks out there.